I discovered David Sedaris late last year and wow, I’m sad I didn’t earlier. I actually had to stop listening to his short story collections while I was outside because I was laughing so hard people were giving me funny looks.  If you love dry, deadpan humor and short stories that will make you roar with laughter, David Sedaris is the author for you, and that’s why he’s the author I’m spotlighting today. Check out his books below, including a diary compilation! 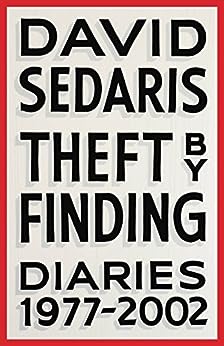 For forty years, David Sedaris has kept a diary in which he records everything that captures his attention-overheard comments, salacious gossip, soap opera plot twists, secrets confided by total strangers. These observations are the source code for his finest work, and through them he has honed his cunning, surprising sentences.Now, Sedaris shares his private writings with the world. Theft by Finding, the first of two volumes, is the story of how a drug-abusing dropout with a weakness for the International House of Pancakes and a chronic inability to hold down a real job became one of the funniest people on the planet.

Me Talk Pretty One Day

His recent move to Paris has inspired hilarious pieces, including Me Talk Pretty One Day, about his attempts to learn French. His family is another inspiration. You Cant Kill the Rooster is a portrait of his brother who talks incessant hip-hop slang to his bewildered father. And no one hones a finer fury in response to such modern annoyances as restaurant meals presented in ludicrous towers and cashiers with 6-inch fingernails. Compared by The New Yorker to Twain and Hawthorne, Sedaris has become one of our best-loved authors. 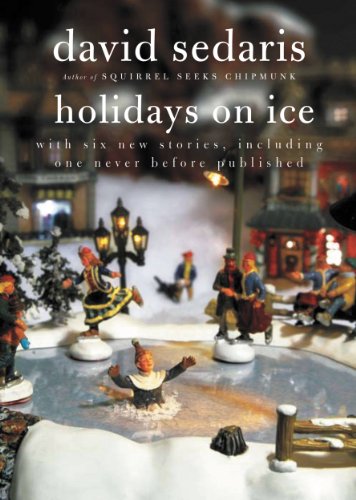 David Sedaris’s beloved holiday collection is new again with six more pieces, including a never before published story. Along with such favorites as the diaries of a Macy’s elf and the annals of two very competitive families, are Sedaris’s tales of tardy trick-or-treaters (“Us and Them”); the difficulties of explaining the Easter Bunny to the French (“Jesus Shaves”); what to do when you’ve been locked out in a snowstorm (“Let It Snow”); the puzzling Christmas traditions of other nations (“Six to Eight Black Men”); what Halloween at the medical examiner’s looks like (“The Monster Mash”); and a barnyard secret Santa scheme gone awry (“Cow and Turkey”). 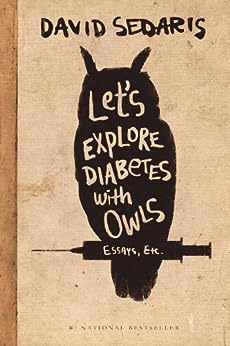 A guy walks into a bar car and… From here the story could take many turns. When this guy is David Sedaris, the possibilities are endless, but the result is always the same: he will both delight you with twists of humor and intelligence and leave you deeply moved.  Sedaris remembers his father’s dinnertime attire (shirtsleeves and underpants), his first colonoscopy (remarkably pleasant), and the time he considered buying the skeleton of a murdered Pygmy.  With Let’s Explore Diabetes with Owls, David Sedaris shows once again why his work has been called “hilarious, elegant, and surprisingly moving” 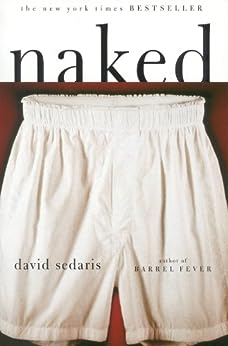 In Naked, David Sedaris’s message alternately rendered in Fakespeare, Italian, Spanish, and pidgin Greek is the same: pay attention to me.  Whether he’s taking to the road with a thieving quadriplegic, sorting out the fancy from the extra-fancy in a bleak fruit-packing factory, or celebrating Christmas in the company of a recently paroled prostitute, this collection of memoirs creates a wickedly incisive portrait of an all-too-familiar world. It takes Sedaris from his humiliating bout with obsessive behavior in A Plague of Tics to the title story, where he is finally forced to face his naked self in the mirrored sunglasses of a lunatic. At this soulful and moving moment, he picks potato chip crumbs from his pubic hair and wonders what it all means.  This remarkable journey into his own life follows a path of self-effacement and a lifelong search for identity, leaving him both under suspicion and overdressed. 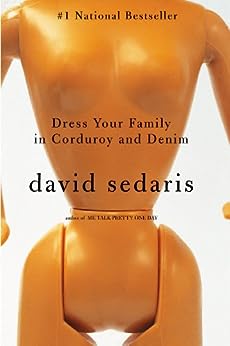 Dress Your Family in Corduroy and Denim

David Sedaris plays in the snow with his sisters. He goes on vacation with his family. He gets a job selling drinks. He attends his brother’s wedding. He mops his sister’s floor. He gives directions to a lost traveler. He eats a hamburger. He has his blood sugar tested. It all sounds so normal, doesn’t it? In his newest collection of essays, David Sedaris lifts the corner of ordinary life, revealing the absurdity teeming below its surface. His world is alive with obscure desires and hidden motives — a world where forgiveness is automatic and an argument can be the highest form of love. Dress Your Family in Corduroy and Denim is another unforgettable collection from one of the wittiest and most original writers at work today. 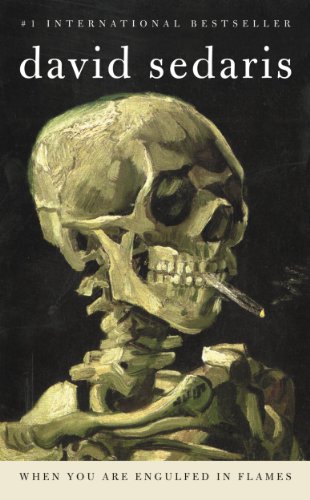 When You Are Engulfed in Flames

Trying to make coffee when the water is shut off, David considers using the water in a vase of flowers and his chain of associations takes him from the French countryside to a hilariously uncomfortable memory of buying drugs in a mobile home in rural North Carolina. In essay after essay, Sedaris proceeds from bizarre conundrums of daily life-having a lozenge fall from your mouth into the lap of a fellow passenger on a plane or armoring the windows with LP covers to protect the house from neurotic songbirds-to the most deeply resonant human truths. Culminating in a brilliant account of his venture to Tokyo in order to quit smoking, David Sedaris’s sixth essay collection is a new masterpiece of comic writing from “a writer worth treasuring” 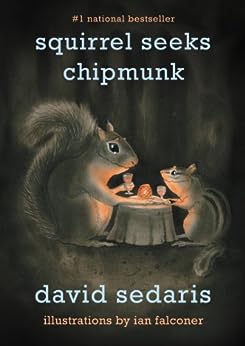 Featuring David Sedaris’s unique blend of hilarity and heart, this new collection of keen-eyed animal-themed tales is an utter delight. Though the characters may not be human, the situations in these stories bear an uncanny resemblance to the insanity of everyday life.  In “The Toad, the Turtle, and the Duck,” three strangers commiserate about animal bureaucracy while waiting in a complaint line. In “Hello Kitty,” a cynical feline struggles to sit through his prison-mandated AA meetings. In “The Squirrel and the Chipmunk,” a pair of star-crossed lovers is separated by prejudiced family members.