Female-driven suspense plots abound with Megan Miranda, and she’s becoming a go-to name is suspense fiction, so check out her entire body of work before deciding which one to read first! I first found Megan Miranda through her YA suspense novel The Safest Lies and let me tell you, the woman can make you feel suspense! I was anxious the whole dang time. If you like Ruth Ware, Gillian Flynn, and Wendy Walker, you’re going to love Megan Miranda.

Kelsey has lived most of her life in a shadow of suspicion, raised to see danger everywhere. Her mother hasn’t set foot outside their front door in seventeen years, since she escaped from her kidnappers with nothing but her attacker’s baby growing inside her—Kelsey. Kelsey knows she’s supposed to keep a low profile and stay off the grid for their protection, but that plan is shattered when her dramatic car accident and rescue by volunteer firefighter and classmate Ryan Baker sparks media coverage. A few days later, she arrives home to find her mother missing. Now, to have a chance at a future, Kelsey will have to face her darkest fears. Because someone is coming for her. And the truth about the past may end up being the most dangerous thing of all 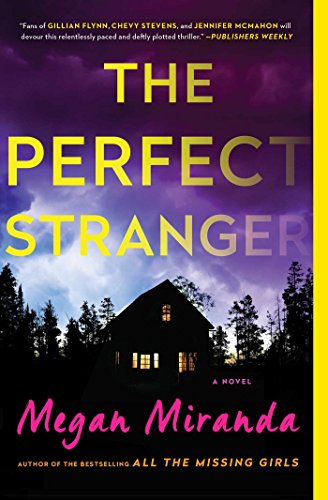 When Leah Stevens’ career implodes, a chance meeting with her old friend Emmy Grey offers her the perfect opportunity to start over. Emmy, just out of a bad relationship, convinces Leah to come live with her in rural Pennsylvania, where there are teaching positions available and no one knows Leah’s past. Or Emmy’s. When the town sees a spate of vicious crimes and Emmy Grey disappears, Leah begins to realize how very little she knows about her friend and roommate. Unable to find friends, family, a paper trail or a digital footprint, the police question whether Emmy Grey existed at all. And mark Leah as a prime suspect. Fighting the doubts of the police and her own sanity, Leah must uncover the truth about Emmy Grey—and along the way, confront her old demons, find out who she can really trust, and clear her own name.

Fragments of the Lost

Jessa Whitworth knew she didn’t belong in her ex-boyfriend Caleb’s room. But she couldn’t deny that she was everywhere–in his photos, his neatly folded T-shirts, even the butterfly necklace in his jeans pocket . . . the one she gave him for safe keeping on that day. His mother asked her to pack up his things–even though she blames Jessa for his accident. How could she say no? And maybe, just maybe, it will help her work through the guilt she feels about their final moments together. But as Jessa begins to box up the pieces of Caleb’s life, they trigger memories that make Jessa realize their past relationship may not be exactly as she remembered. And she starts to question whether she really knew Caleb at all.  Each fragment of his life reveals a new clue that propels Jessa to search for the truth about Caleb’s accident. What really happened on the storm-swept bridge? 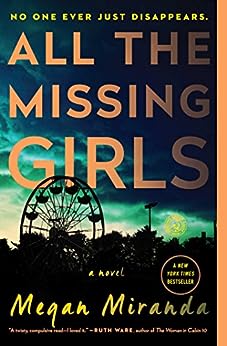 All the Missing Girls

It’s been ten years since Nicolette Farrell left her rural hometown after her best friend, Corinne, disappeared from Cooley Ridge without a trace. Back again to tie up loose ends and care for her ailing father, Nic is soon plunged into a shocking drama that reawakens Corinne’s case and breaks open old wounds long since stitched. The decade-old investigation focused on Nic, her brother Daniel, boyfriend Tyler, and Corinne’s boyfriend Jackson. Since then, only Nic has left Cooley Ridge. Daniel and his wife, Laura, are expecting a baby; Jackson works at the town bar; and Tyler is dating Annaleise Carter, Nic’s younger neighbor and the group’s alibi the night Corinne disappeared. Then, within days of Nic’s return, Annaleise goes missing. Told backwards—Day 15 to Day 1—from the time Annaleise goes missing, Nic works to unravel the truth about her younger neighbor’s disappearance, revealing shocking truths about her friends, her family, and what really happened to Corinne that night ten years ago.

Eleven minutes passed before Delaney Maxwell was pulled from the icy waters of a Maine lake by her best friend Decker Phillips. By then her heart had stopped beating. Her brain had stopped working. She was dead. And yet she somehow defied medical precedent to come back seemingly fine-despite the scans that showed significant brain damage. Everyone wants Delaney to be all right, but she knows she’s far from normal. Pulled by strange sensations she can’t control or explain, Delaney finds herself drawn to the dying. Is her altered brain now predicting death, or causing it? Then Delaney meets Troy Varga, who recently emerged from a coma with similar abilities. At first she’s reassured to find someone who understands the strangeness of her new existence, but Delaney soon discovers that Troy’s motives aren’t quite what she thought. Is their gift a miracle, a freak of nature-or something much more frightening? 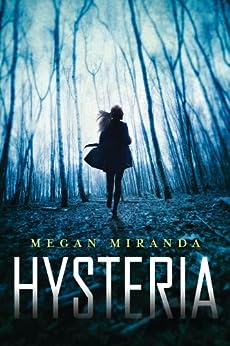 Mallory killed her boyfriend, Brian. She can’t remember the details of that night but everyone knows it was self-defense, so she isn’t charged. But Mallory still feels Brian’s presence in her life. Is it all in her head? Or is it something more? In desperate need of a fresh start, Mallory is sent to Monroe, a fancy prep school where no one knows her . . . or anything about her past. But the feeling follows her, as do her secrets. Then, one of her new classmates turns up dead. As suspicion falls on Mallory, she must find a way to remember the details of both deadly nights so she can prove her innocence-to herself and others. 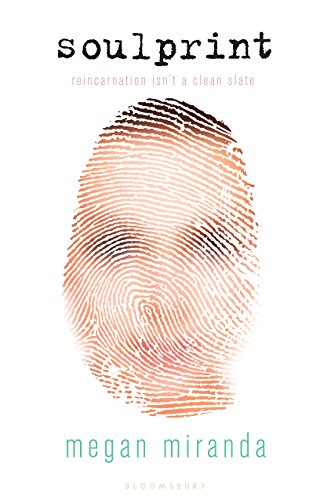 Seventeen-year-old Alina Chase has spent her entire life imprisoned on a secluded island-not for a crime she committed in this lifetime, but one done by her past self. Her very soul is like a fingerprint, carried from one life to the next-and Alina is sick of being guilty.  Aided by three teens with their own ulterior motives, Alina manages to escape. Although she’s not sure she can trust any of them, she soon finds herself drawn to Cameron, the most enigmatic and alluring of the trio. But when she uncovers clues from her past life, secrets begin to unravel and Alina must figure out whether she’s more than the soul she inherited, or if she’s fated to repeat history.