No one’s safe in the Trump White House, and if I made you a list of people who have left the administration since it began in January of 2017, we’d be here all day. But this is a blog about books, so let’s take a look at some books you can read by people ousted from the Trump administration. Keep in mind these are only the books we KNOW about so far. I’m sure Hope Hicks, Reince Priebus, Scaramucci, and Tillerson will all have book deals down the line. But in the meantime, help support these unemployed former government employees and learn more about them and their beliefs by checking out the books they’ve written.

A Higher Loyalty by James Comey

In his forthcoming book, former FBI director James Comey shares his never-before-told experiences from some of the highest-stakes situations of his career in the past two decades of American government, exploring what good, ethical leadership looks like, and how it drives sound decisions. His journey provides an unprecedented entry into the corridors of power, and a remarkable lesson in what makes an effective leader.

The Briefing by Sean Spicer

Sean Spicer takes readers behind the scenes of his turbulent tenure as President Trump’s press secretary, shedding new light on the headline-grabbing controversies of the Trump administration’s first year. 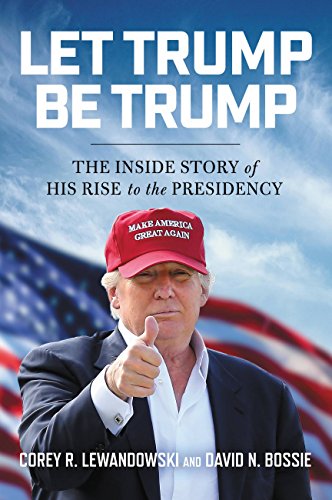 Donald Trump was a candidate, and now a president, like none that have come before. His startling rise to the White House is the greatest political tale in the history of our republic. Much has been written about this once-in-a-millennial event but all of those words come from authors outside the orbit of Donald Trump. 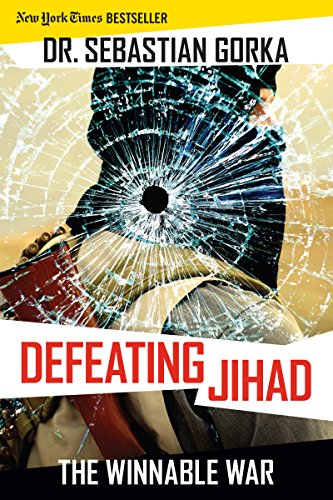 America is at war. The fight against global jihad has cost 7,000 American lives and almost $2 trillion, and yet, most Americans do not understand what is at stake. The public lacks knowledge and safety because two presidents and their administrations neglected the most basic strategic question: who is the enemy? Presidents Bush and Obama both named the global jihadi movement—a movement with an intent to destroy the West—“violent extremism.” Their tidy term was an attempt to maintain peace with the Muslim community. But when they failed to appropriately name the enemy, they failed to fully understand Islamic extremism. This failure is why the U.S. has been in Afghanistan for sixteen years with no end in sight. But this war is eminently winnable if we remove our ideological blinders, accurately name our enemy, and draw up a strategy to defeat the ideas that inspire terrorism. So says Dr. Sebastian Gorka, one of the most experienced and sought-after authorities on counterterrorism.

Dereliction of Duty by HR McMaster

Dereliction Of Duty is a stunning analysis of how and why the United States became involved in an all-out and disastrous war in Southeast Asia. Fully and convincingly researched, based on transcripts and personal accounts of crucial meetings, confrontations and decisions, it is the only book that fully re-creates what happened and why. McMaster pinpoints the policies and decisions that got the United States into the morass and reveals who made these decisions and the motives behind them, disproving the published theories of other historians and excuses of the participants.