With his new novel, Warlight, hitting shelves on Tuesday, May 8th, I thought I would take this time to celebrate the complete works of Michael Ondaatje, a Sri Lankan born writer best known for his critically acclaimed novel The English Patient, which won the Booker and was made into a movie starring Ralph Fiennes and Willem Dafoe. Warlight is sure to be a hit, but I’ll always have a soft spot for the English Patient.
What is your favorite Ondaatje book? 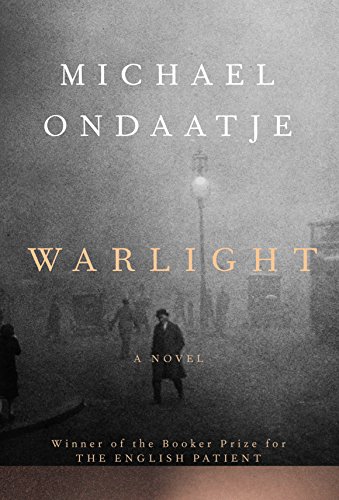 n a narrative as beguiling and mysterious as memory itself–shadowed and luminous at once–we read the story of fourteen-year-old Nathaniel, and his older sister, Rachel. In 1945, just after World War II, they stay behind in London when their parents move to Singapore, leaving them in the care of a mysterious figure named The Moth. They suspect he might be a criminal, and they grow both more convinced and less concerned as they come to know his eccentric crew of friends: men and women joined by a shared history of unspecified service during the war, all of whom seem, in some way, determined now to protect, and educate (in rather unusual ways) Rachel and Nathaniel. But are they really what and who they claim to be? And what does it mean when the siblings’ mother returns after months of silence without their father, explaining nothing, excusing nothing? A dozen years later, Nathaniel begins to uncover all that he didn’t know and understand in that time, and it is this journey–through facts, recollection, and imagination–that he narrates in this masterwork from one of the great writers of our time. 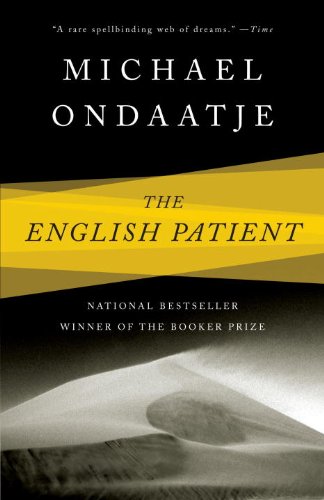 The nurse Hana, exhausted by death, obsessively tends to her last surviving patient. Caravaggio, the thief, tries to reimagine who he is, now that his hands are hopelessly maimed. The Indian sapper Kip searches for hidden bombs in a landscape where nothing is safe but himself. And at the center of his labyrinth lies the English patient, nameless and hideously burned, a man who is both a riddle and a provocation to his companions—and whose memories of suffering, rescue, and betrayal illuminate this book like flashes of heat lightning. 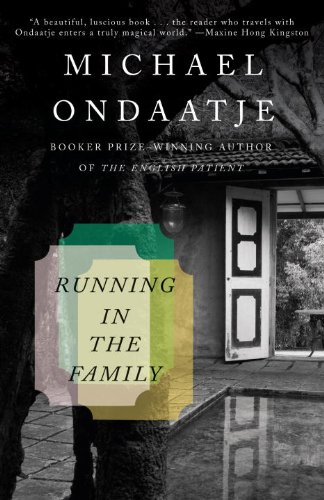 Running in the Family

In the late 1970s Ondaatje returned to his native island of Sri Lanka. As he records his journey through the drug-like heat and intoxicating fragrances of that “pendant off the ear of India, ” Ondaatje simultaneously retraces the baroque mythology of his Dutch-Ceylonese family. 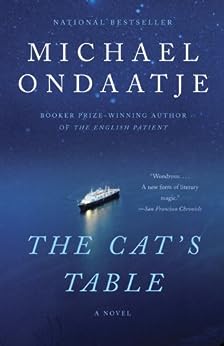 In the early 1950s, an eleven-year-old boy in Colombo boards a ship bound for England. At mealtimes he is seated at the “cat’s table”—as far from the Captain’s Table as can be—with a ragtag group of “insignificant” adults and two other boys, Cassius and Ramadhin. As the ship makes its way across the Indian Ocean, through the Suez Canal, into the Mediterranean, the boys tumble from one adventure to another, bursting all over the place like freed mercury. But there are other diversions as well: one man talks with them about jazz and women, another opens the door to the world of literature. The narrator’s elusive, beautiful cousin Emily becomes his confidante, allowing him to see himself “with a distant eye” for the first time, and to feel the first stirring of desire. Another Cat’s Table denizen, the shadowy Miss Lasqueti, is perhaps more than what she seems. And very late every night, the boys spy on a shackled prisoner, his crime and his fate a galvanizing mystery that will haunt them forever. 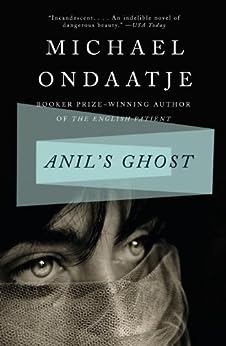 Anil’s Ghost transports us to Sri Lanka, a country steeped in centuries of tradition, now forced into the late twentieth century by the ravages of civil war. Into this maelstrom steps Anil Tissera, a young woman born in Sri Lanka, educated in England and America, who returns to her homeland as a forensic anthropologist sent by an international human rights group to discover the source of the organized campaigns of murder engulfing the island. What follows is a story about love, about family, about identity, about the unknown enemy, about the quest to unlock the hidden past–a story propelled by a riveting mystery 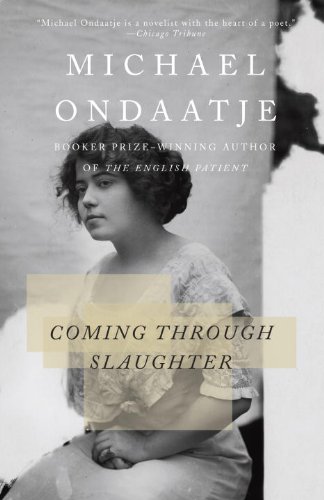 Bringing to life the fabulous, colorful panorama of New Orleans in the first flush of the jazz era, this book tells the story of Buddy Bolden, the first of the great trumpet players–some say the originator of jazz–who was, in any case, the genius, the guiding spirit, and the king of that time and place. In this fictionalized meditation, Bolden, an unrecorded father of Jazz, remains throughout a tantalizingly ungraspable phantom, the central mysteries of his life, his art, and his madness remaining felt but never quite pinned down. Ondaatje’s prose is at times startlingly lyrical, and as he chases Bolden through documents and scenes, the novel partakes of the very best sort of modern detective novel–one where the enigma is never resolved, but allowed to manifest in its fullness 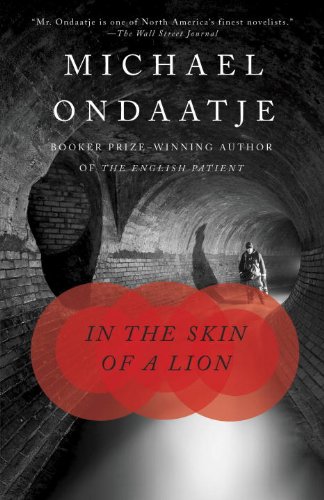 In the Skin of a Lion

Bristling with intelligence and shimmering with romance, this novel tests the boundary between history and myth. Patrick Lewis arrives in Toronto in the 1920s and earns his living searching for a vanished millionaire and tunneling beneath Lake Ontario. In the course of his adventures, Patrick’s life intersects with those of characters who reappear in Ondaatje’s Booker Prize-winning The English Patient 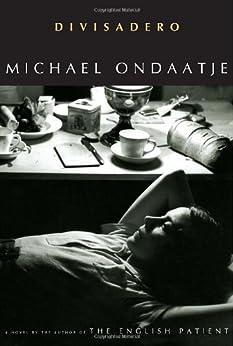 In the 1970s in Northern California a father and his teenage daughters, Anna and Claire, work their farm with the help of Coop, an enigmatic young man who makes his home with them. Theirs is a makeshift family, until it is shattered by an incident of violence that sets fire to the rest of their lives. Divisadero takes us from San Francisco to the raucous backrooms of Nevada’s casinos and eventually to the landscape of southern France. As the narrative moves back and forth through time and place, we find each of the characters trying to find some foothold in a present shadowed by the past. 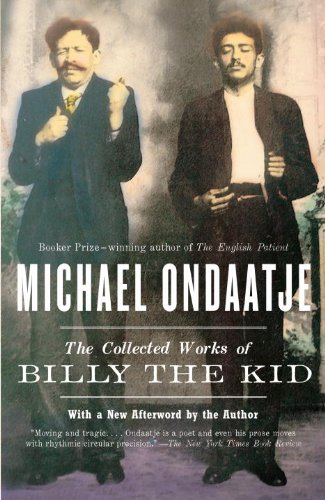 The Collected Works of Billy the Kid

Drawing on contemporary accounts, period photographs, dime novels, and his own prodigious fund of empathy and imagination, Michael Ondaatje’s visionary novel traces the legendary outlaw’s passage across the blasted landscape of 1880 New Mexico and the collective unconscious of his country. The Collected Works of Billy the Kid is a virtuoso synthesis of storytelling, history, and myth by a writer who brings us back to our familiar legends with a renewed sense of wonder.