6 Books about the Romanovs You Need to Read

If you’re anything like me you’re absolutely fascinated by historical mysteries and historical tragedies and there is nothing that fits the bill quite like the murder of the Romanov royal family and the rumors that surrounded Anastasia Romanov afterwards. Did she survive the firing squad? Was there a conspiracy to save the Romanovs that failed? How are the Romanovs connected to the current British Royal Family? Read this books and find out! I’ve included a nice variation of fiction and nonfiction, because we all have different preferences! 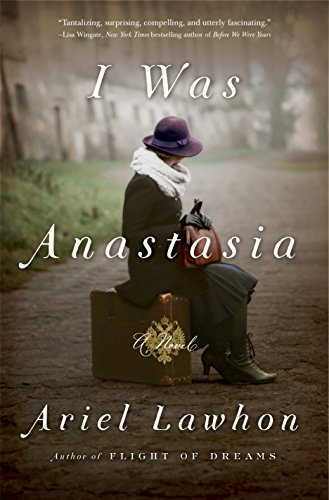 Russia, July 17, 1918: Under direct orders from Vladimir Lenin, Bolshevik secret police force Anastasia Romanov, along with the entire imperial family, into a damp basement in Siberia where they face a merciless firing squad. None survive. At least that is what the executioners have always claimed. Germany, February 17, 1920: A young woman bearing an uncanny resemblance to Anastasia Romanov is pulled shivering and senseless from a canal in Berlin. Refusing to explain her presence in the freezing water, she is taken to the hospital where an examination reveals that her body is riddled with countless, horrific scars. When she finally does speak, this frightened, mysterious woman claims to be the Russian Grand Duchess Anastasia.  Her detractors, convinced that the young woman is only after the immense Romanov fortune, insist on calling her by a different name: Anna Anderson.  As rumors begin to circulate through European society that the youngest Romanov daughter has survived the massacre, old enemies and new threats are awakened. 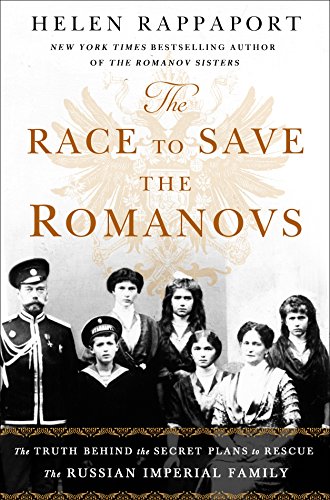 The Race to Save the Romanovs

The murder of the Romanov family in July 1918 horrified the world and its aftershocks still reverberate today. In Putin’s autocratic Russia, the Revolution itself is considered a crime and its anniversary was largely ignored. In stark contrast, the centenary of the massacre of the Imperial Family in Ekaterinburg will be a huge ceremony to be attended by the Patriarch of the Russian Orthodox Church. While the murder itself has received major attention, what has never been investigated in detail are the various plots and plans behind the scenes to save the family—on the part of their royal relatives, other governments, and Russian monarchists loyal to the Tsar. Rappaport refutes the claim that the fault lies entirely with King George V, as has been the traditional claim for the last century. The responsibility for failing the Romanovs must be equally shared. The question of asylum for the Tsar and his family was an extremely complicated issue that presented enormous political, logistical and geographical challenges at a time when Europe was still at war. Like a modern day detective, Helen Rappaport draws on new and never-before-seen sources from archives in the US, Russia, Spain and the UK, creating a powerful account of near misses and close calls with a heartbreaking conclusion 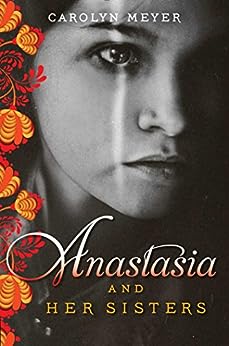 Anastasia and Her Sisters

There’s a heavy price to pay for royalty in this compelling—and true—story of Anastasia Romanov and her fellow grand duchesses of Russia, from an award-winning novelist. It’s summer in 1914 and the Romanovs are aboard the Standart, the Russian royal yacht. Tsar Nicholas, Tsaritsa Alexandra, their four daughters, and the youngest child, Tsarevitch Alexei, are sailing to Romania to meet Crown Prince Carol and his parents. It seems like a fairy tale existence for the four grand duchesses, dressed in beautiful clothes, traveling from palace to palace. But it’s not. Life inside the palace is far from a fairy tale. The girls’ younger brother suffers from an excruciatingly painful and deadly blood disease, and their parents have chosen to shield the Russian people from the severity of the future tsar’s condition. The secrets and strain are hard on the family, and conditions are equally dire beyond the palace walls. Peasants suffer under the burden of extreme poverty and Tsar Nicholas’s leadership power weakens. And when the unthinkable happens—Germany declares war on Russia—nothing in Anastasia’s world will ever be the same. 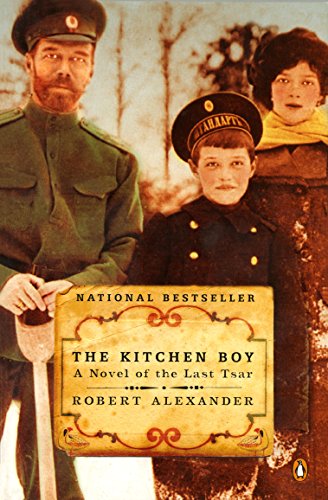 Drawing from decades of work, travel, and research in Russia, Robert Alexander re-creates the tragic, perennially fascinating story of the final days of Nicholas and Alexandra Romanov as seen through the eyes of their young kitchen boy, Leonka. Now an ancient Russian immigrant, Leonka claims to be the last living witness to the Romanovs’ brutal murders and sets down the dark secrets of his past with the imperial family. Does he hold the key to the many questions surrounding the family’s murder? Historically vivid and compelling, The Kitchen Boy is also a touching portrait of a loving family that was in many ways similar, yet so different, from any other. 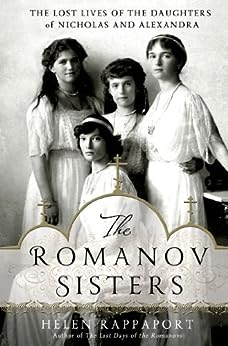 They were the Princess Dianas of their day—perhaps the most photographed and talked about young royals of the early twentieth century. The four captivating Russian Grand Duchesses—Olga, Tatiana, Maria and Anastasia Romanov—were much admired for their happy dispositions, their looks, the clothes they wore and their privileged lifestyle. Over the years, the story of the four Romanov sisters and their tragic end in a basement at Ekaterinburg in 1918 has clouded our view of them, leading to a mass of sentimental and idealized hagiography. With this treasure trove of diaries and letters from the grand duchesses to their friends and family, we learn that they were intelligent, sensitive and perceptive witnesses to the dark turmoil within their immediate family and the ominous approach of the Russian Revolution, the nightmare that would sweep their world away, and them along with it. The Romanov Sisters sets out to capture the joy as well as the insecurities and poignancy of those young lives against the backdrop of the dying days of late Imperial Russia, World War I and the Russian Revolution 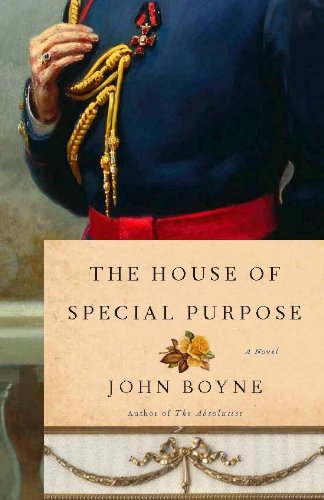 The House of Special Purpose

Part love story, part historical epic, part tragedy, The House of Special Purpose illuminates an empire at the end of its reign. Eighty-year-old Georgy Jachmenev is haunted by his past—a past of death, suffering, and scandal that will stay with him until the end of his days. Living in England with his beloved wife, Zoya, Georgy prepares to make one final journey back to the Russia he once knew and loved, the Russia that both destroyed and defined him. As Georgy remembers days gone by, we are transported to St. Petersburg, to the Winter Palace of the czar, in the early twentieth century—a time of change, threat, and bloody revolution. As Georgy overturns the most painful stone of all, we uncover the story of the house of special purpose.