7 Must Read Books For Writers

Writing is scary, and it’s overwhelming, but the good thing is that people have done it before and the ones who are really good at it are willing to share their secrets. Writers like Alexander Chee, Stephen King, and EB White have authored books on the secrets of writing from adverb usage to building a routine to finding good stories and beyond. As someone who flirts with the idea of being a writer but really enjoys editing I love these books on writing. I first discovered this genre, if you want to call it that, in a class my sophomore year called Reading Fiction for Craft in which we read Master Class in Fiction Writing by Adam Sexton. Okay, Adam Sexton was also my professor for this class, but the book was amazing and it lead me down a long path to find other similar books and compile as much knowledge about reading and writing as I could for whatever career path I choose. Here are seven of the most essential reads I’ve discovered in this genre. If you want to be a writer or a more astute reader, check these out.

On Writing by Stephen King

Immensely helpful and illuminating to any aspiring writer, this special edition of Stephen King’s critically lauded, million-copy bestseller shares the experiences, habits, and convictions that have shaped him and his work. 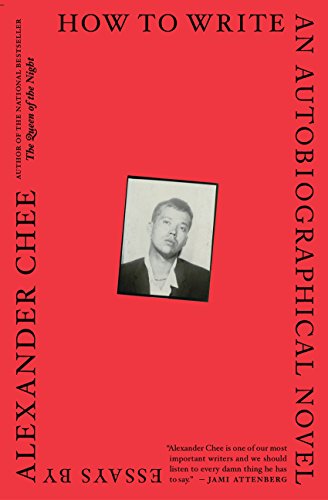 How to Write an Autobiography Novel by Alexander Chee

How to Write an Autobiographical Novel is the author’s manifesto on the entangling of life, literature, and politics, and how the lessons learned from a life spent reading and writing fiction have changed him. In these essays, he grows from student to teacher, reader to writer, and reckons with his identities as a son, a gay man, a Korean American, an artist, an activist, a lover, and a friend. He examines some of the most formative experiences of his life and the nation’s history, including his father’s death, the AIDS crisis, 9/11, the jobs that supported his writing—Tarot-reading, bookselling, cater-waiting for William F. Buckley—the writing of his first novel, Edinburgh, and the election of Donald Trump.

In Reading Like a Writer, Prose invites you to sit by her side and take a guided tour of the tools and the tricks of the masters. She reads the work of the very best writers, Dostoyevsky, Flaubert, Kafka, Austen, Dickens, Woolf, Chekhovâand discovers why their work has endured. She takes pleasure in the long and magnificent sentences of Philip Roth and the breathtaking paragraphs of Isaac Babel; she is deeply moved by the brilliant characterization in George Eliot’s Middlemarch. She looks to John Le CarrÃ© for a lesson in how to advance plot through dialogue, to Flannery O’Connor for the cunning use of the telling detail, and to James Joyce and Katherine Mansfield for clever examples of how to employ gesture to create character. She cautions readers to slow down and pay attention to words, the raw material out of which literature is crafted.

Telling Stories: An Anthology for Writers by Joyce Carol Oates

Drawing on syllabi for Joyce Carol Oates’s own writing seminar at Princeton University, Telling Storiesgathers over one hundred works of narrative art―”miniature” narratives, dramatic monologues, early stories by well-known writers, prose pieces inspired by myth, legend, and folktale, poems that tell stories, memoir and diary excerpts, two examples of genre fiction, and a generous sampling of classic and contemporary short stories―selected to stimulate and inspire beginning writers as they practice and perfect their craft.

Many writers believe that if they just find the right teacher or workshop, their writing will reach new heights of skill. But why not learn from the best? In his popular workshops in New York City, creative writing instructor Adam Sexton has found that the most effective way for any writer to grasp on the elements of fiction is to study the great masters. Master Class in Fiction Writing is your personal crash course in creative writing, with the world’s most accomplished fiction writers as your guides. 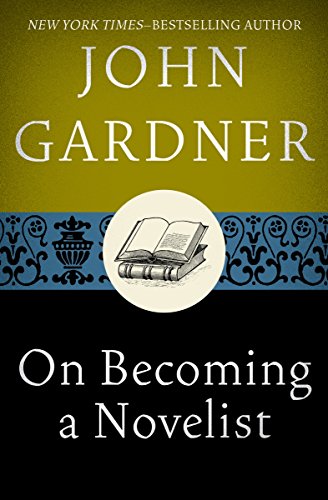 On Becoming a Novelist by John Gardner

In this essential guide, John Gardner advises the aspiring fiction author on such topics as the value of creative writing workshops, the developmental stages of literary growth, and the inevitable experience of writer’s block. Drawn from his two decades of experience in creative writing, Gardner balances his compassion for his students with his knowledge of the publishing industry, and truthfully relates his experiences of the hardships that lie ahead for aspiring authors.

The Elements of Style by William Strunk and EB White

You know the authors’ names. You recognize the title. You’ve probably used this book yourself. This is The Elements of Style, the classic style manual, now in a fourth edition. A new Foreword by Roger Angell reminds readers that the advice of Strunk & White is as valuable today as when it was first offered.This book’s unique tone, wit and charm have conveyed the principles of English style to millions of readers. Use the fourth edition of “the little book” to make a big impact with writing.

2 responses to “7 Must Read Books For Writers”