Love Harry Potter and need something to tide you over until Fantastic Beasts 2: The Crimes of Grindelwald comes out this November? These nonfiction books about Harry Potter, most of them about the original seven books, will help you relive your childhood and approach Harry Potter in a different way. 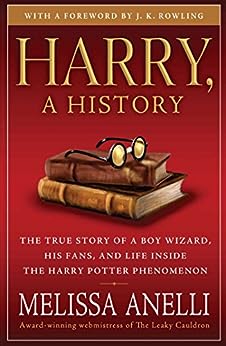 For almost twenty years, millions of fans have lived inside literary history, the only fans to know what it was like when Harry Potter was unfinished. When anticipation for a book was just as likely to cause a charity drive as a pistol shootout. When millions of rabid fans looked to friends, families, neighbors, forums, discussion groups, fan fiction and podcasts to get their fix between novels. When the death of a character was a hotter bet than who’d win the World Series. When one series of books had the power to change the way books are read.  But how can a fan understand Harry Potter without hearing about the midnight book parties, the scams, the theories, the burglaries, the bets, the bannings, and most importantly, the worldwide camaraderie spurred on by mutual love of a boy wizard? How can they know how Harry Potter changed and touched the lives of so many without hearing it first hand? Harry, A History tells this story.  It tells the personal story of Melissa Anelli’s journey through the very heart of Harry Potter fandom.  And wraps this phenomenon up into one narrative, factual volume – one book that tells what happened when Harry Potter met the world.

Looking for God in Harry Potter 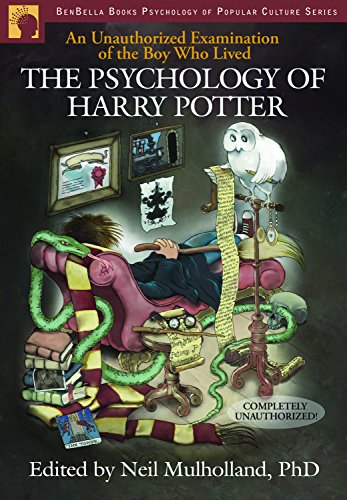 The Psychology of Harry Potter

Harry Potter has provided a portal to the wizarding world for millions of readers, but an examination of Harry, his friends and his enemies will take us on yet another journey: through the psyche of the Muggle (and wizard!) mind. The twists and turns of the series, as well as the psychological depth and complexity of J. K. Rowling’s characters, have kept fans enthralled with and puzzling over the many mysteries that permeate Hogwarts and beyond: Do the Harry Potter books encourage disobedience? Why is everyone so fascinated by Professor Lupin? What exactly will Harry and his friends do when they finally pass those N.E.W.T.s? Do even wizards live by the ticking of the clock? Is Harry destined to end up alone? And why did it take Ron and Hermione so long to get together? Now, in The Psychology of Harry Potter, leading psychologists delve into the ultimate Chamber of Secrets, analyzing human mind and motivation by examining the themes and characters that make the Harry Potter books the bestselling fantasy series of all time. Grab a spot on the nearest couch, and settle in for some fresh revelations about our favorite young wizard! 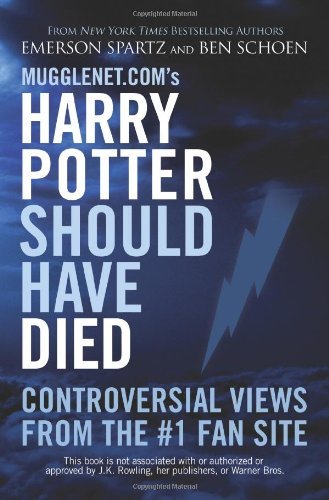 Mugglenet.com’s Harry Potter Should Have Died: Controversial Views from the #1 Fan Site

The seventh and final book is out, but fans still fiercely debate the many controversial issues left unresolved. Now, the experts argue passionately about what really happened and what should have happened. Would the series be stronger if Harry hadn’t survived? Should we pity Voldemort or hate him? Is Severus Snape really a hero? Should J.K. Rowling have left Dumbledore’s gay sexual orientation a secret? Did Harry actually die in Deathly Hallows? Were the Slytherins too demonized, the Hufflepuffs too lame, and the Gryffindors too glorified? Should J.K.R. write more Harry Potter novels or go out on top? 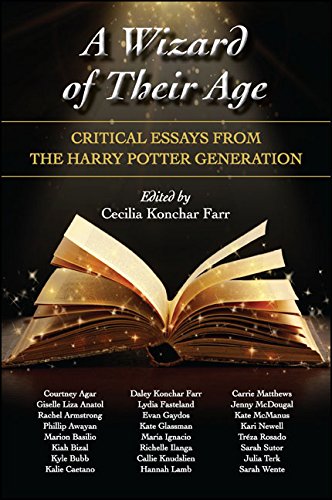 A Wizard of Their Age: Critical Essays from the Harry Potter Generation

A Wizard of Their Age began when the students in Cecilia Konchar Farr’s “Six Degrees of Harry Potter” course at St. Catherine University kept finding errors in the available scholarship. These students had been reading Harry Potter for their entire literate lives, and they demanded more attention to the details they found significant. “We can do better than this,” they said. Konchar Farr, two undergraduate teaching assistants, and five student editors decided to test that hypothesis. After issuing a call for contributions, they selected fifteen thoughtful academic essays by students from across the country. These essays examine the Harry Potter books from a variety of perspectives, including literary, historical, cultural, gender, mythological, psychological, theological, and genetic—there is even a nursing care plan for Tom Riddle. Interspersed among the essays are brief vignettes entitled “My Harry Potter Story,” where students write about their personal encounters with the novels. 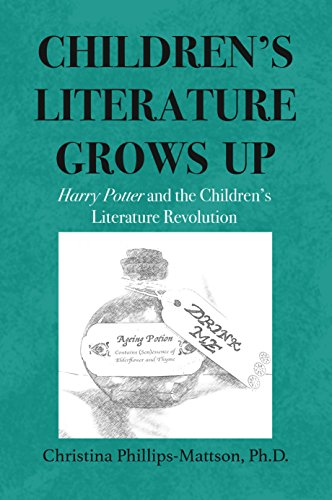 In order to demonstrate that contemporary fictions for children are as complex, multifaceted, and worthy of serious academic inquiry as adult literature, Phillips-Mattson takes the reader on an exciting journey through a highly detailed history of children’s literature and shows us how Rowling’s novels belong to a rich and varied literary tradition by placing Harry Potter alongside Greek mythology, classic fairy tales, Golden Age texts like Alice in Wonderland and Peter Pan, Jane Austen’s Emma and Pride and Prejudice, Vladimir Nabokov’s Lolita, and Geoffrey Chaucer’s The Canterbury Tales. Employing the criticism of Henry James, T.S. Eliot, and Virginia Woolf, Phillips-Mattson responds to Rowling’s detractors and provides evidence of Rowling’s stylistic sophistication and complex narrative structure that underwrite the believability of her characters and her fictional world. An engaging, thought-provoking read for scholars, teachers, general readers of children’s literature, and Harry Potter enthusiasts, Children’s Literature Grows Up includes fascinating new research on spell language, intertextuality, moral agency, and psychological realism.

One response to “6 Must Read Nonfiction Books about Harry Potter”