Lauren Groff is no stranger to having a book catapult to the top of the charts and she’s back this summer with a new short story collection sure to delight her readers. Groff first found major prominence when her third novel, Fates and Furies, was announced as a finalist for the National Book Award, but her complete oeuvre is beloved by her fans.

According to her website: Her work has appeared in journals including the New Yorker, the Atlantic Monthly, Harper’s, Tin House, One Story, and Ploughshares, and in the anthologies 100 Years of the Best American Short Stories, The Pushcart Prize: Best of the Small Presses, PEN/O. Henry Prize Stories, and five editions of the Best American Short Stories.

Check out her complete works below! 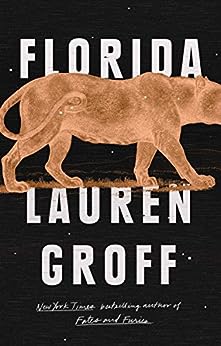 Over a decade ago, Groff moved to her adopted home state of Florida. The stories in this collection span characters, towns, decades, even centuries, but Florida — its landscape, climate, history, and state of mind — becomes its gravitational center. Storms, snakes, and sinkholes lurk at the edge of everyday life, but the greater threats and mysteries are of a human, emotional, and psychological nature.  In “The Midnight Zone,” a woman finds herself injured and isolated in a confined space with her children, danger literally prowling outside the door, and must confront what it is she is really afraid of. “Above and Below” follows a young homeless woman as she moves from one Florida beach town to another, finding increasingly precarious ways to survive. And “Yport” brilliantly explores the alternating fulfillment and anxiety of modern marriage and motherhood, all the more apparent when removed from routine American life.

Every story has two sides. Every relationship has two perspectives. And sometimes, it turns out, the key to a great marriage is not its truths but its secrets. At the core of this rich, expansive, layered novel, Lauren Groff presents the story of one such marriage over the course of twenty-four years. At age twenty-two, Lotto and Mathilde are tall, glamorous, madly in love, and destined for greatness. A decade later, their marriage is still the envy of their friends, but with an electric thrill we understand that things are even more complicated and remarkable than they have seemed.

In the fields of western New York State in the 1970s, a few dozen idealists set out to live off the land, founding a commune centered on the grounds of a decaying mansion called Arcadia House. Arcadiafollows this romantic utopian dream from its hopeful start through its heyday. Arcadia’s inhabitants include Handy, the charismatic leader; his wife, Astrid, a midwife; Abe, a master carpenter; Hannah, a baker and historian; and Abe and Hannah’s only child, Bit. While Arcadia rises and falls, Bit, too, ages and changes. He falls in love with Helle, Handy’s lovely, troubled daughter. And eventually he must face the world beyond Arcadia. 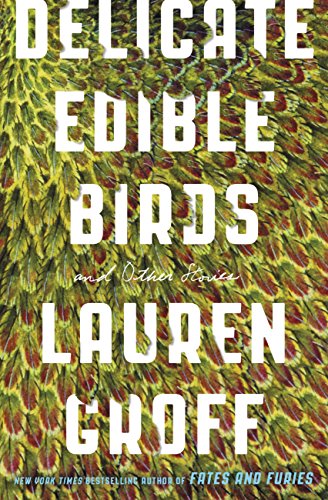 Delicate Edible Birds and Other Stories

In “Sir Fleeting,” a Midwestern farm girl on her honeymoon in Argentina falls into lifelong lust for a French playboy. In “Blythe,” an attorney who has become a stay-at-home mother takes a night class in poetry and meets another full-time mother, one whose charismatic brilliance changes everything. In “The Wife of the Dictator,” that eponymous wife (“brought back . . . from [the dictator’s] last visit to America”) grows more desperately, menacingly isolated every day. In “Delicate Edible Birds,” a group of war correspondents-a lone, high-spirited woman among them-falls sudden prey to a brutal farmer while fleeing Nazis in the French countryside. In “Lucky Chow Fun,” Groff returns us to Templeton, the setting of her first book, for revelations about the darkness within even that idyllic small town. In some of these stories, enormous changes happen in an instant. In others, transformations occur across a lifetime–or several lifetimes. 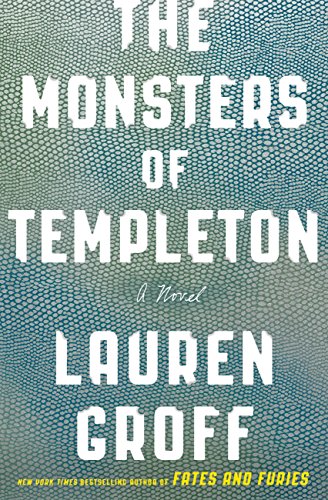 The Monsters of Templeton

The Monsters of Templeton is a novel spanning two centuries: part contemporary story of a girl’s search for her father; part historical novel; and part ghost story. In the wake of a disastrous love affair with her older, married archaeology professor at Stanford, brilliant Wilhelmina Cooper arrives back at the doorstep of her hippie mother-turned-born-again-Christian’s house in Templeton, NY, a storybook town her ancestors founded that sits on the shores of Lake Glimmerglass. Upon her arrival, a prehistoric monster surfaces in the lake bringing a feeding frenzy to the quiet town, and Willie learns she has a mystery father, one her mother kept secret Willie’s entire life. The beautiful, broody Willie is told that the key to her biological father’s identity lies somewhere in her family’s history, so she buries herself in the research of her twisted family tree and finds more than she bargained for as a chorus of voices from the town’s past–some sinister, all fascinating–rise up around her to tell their side of the story. In the end, dark secrets come to light, past and present day are blurred, and old mysteries are finally put to rest.