The thought-provoking author behind the YA series we all binged, the Uglies, is back with a new novel called Imposters, on sale September 11th, 2018. While he is most famous for the Uglies series, he’s also written other YA and sci-fi books which are featured below. What’s your favorite Westerfeld book? Are you excited about the idea of more Uglies books sometime down the line? 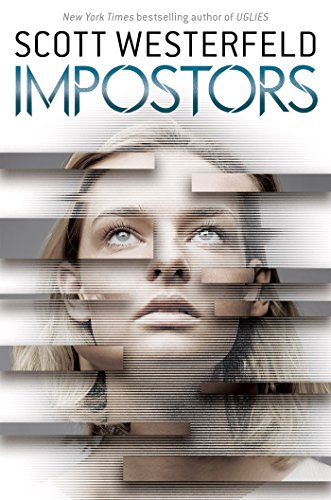 Frey is Rafi’s twin sister and her body double. Their powerful father has many enemies, and the world has grown dangerous as the old order falls apart. So while Rafi was raised to be the perfect daughter, Frey has been taught to kill. Her only purpose is to protect her sister, to sacrifice herself for Rafi if she must. When her father sends Frey in Rafi’s place as collateral in a precarious deal, she becomes the perfect impostor?as poised and charming as her sister. But Col, the son of a rival leader, is getting close enough to spot the killer inside her. As the deal starts to crumble, Frey must decide if she can trust him with the truth . . . and if she can risk becoming her own person. 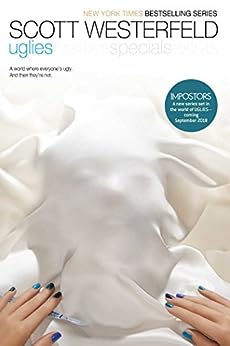 Tally is about to turn sixteen, and she can’t wait. In just a few weeks she’ll have the operation that will turn her from a repellent ugly into a stunningly attractive pretty. And as a pretty, she’ll be catapulted into a high-tech paradise where her only job is to have fun. But Tally’s new friend Shay isn’t sure she wants to become a pretty. When Shay runs away, Tally learns about a whole new side of the pretty world—and it isn’t very pretty. The authorities offer Tally a choice: find her friend and turn her in, or never turn pretty at all. Tally’s choice will change her world forever.

It is the cusp of World War I. The Austro-Hungarians and Germans have their Clankers, steam-driven iron machines loaded with guns and ammunition. The British Darwinists employ genetically fabricated animals as their weaponry. Their Leviathan is a whale airship, and the most masterful beast in the British fleet. Aleksandar Ferdinand, a Clanker, and Deryn Sharp, a Darwinist, are on opposite sides of the war. But their paths cross in the most unexpected way, taking them both aboard the Leviathan on a fantastical, around-the-world adventure….One that will change both their lives forever.

Don’t call them heroes. But these six California teens have powers that set them apart. Take Ethan, a.k.a. Scam. He’s got a voice inside him that’ll say whatever you want to hear, whether it’s true or not. Which is handy, except when it isn’t—like when the voice starts gabbing in the middle of a bank robbery. The only people who can help are the other Zeroes, who aren’t exactly best friends these days. Enter Nate, a.k.a. Bellwether, the group’s “glorious leader.” After Scam’s SOS, he pulls the scattered Zeroes back together. But when the rescue blows up in their faces, the Zeroes find themselves propelled into whirlwind encounters with ever more dangerous criminals. At the heart of the chaos they find Kelsie, who can take a crowd in the palm of her hand and tame it or let it loose as she pleases. 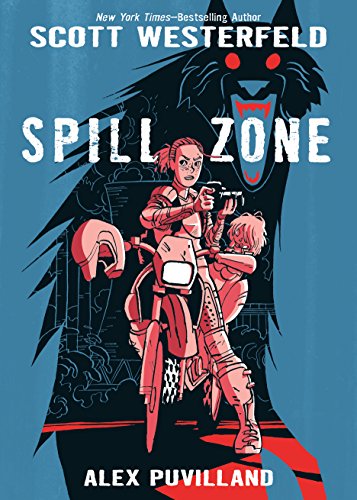 Three years ago an event destroyed the small city of Poughkeepsie, forever changing reality within its borders. Uncanny manifestations and lethal dangers now await anyone who enters the Spill Zone. The Spill claimed Addison’s parents and scarred her little sister, Lexa, who hasn’t spoken since. Addison provides for her sister by photographing the Zone’s twisted attractions on illicit midnight rides. Art collectors pay top dollar for these bizarre images, but getting close enough for the perfect shot can mean death—or worse. When an eccentric collector makes a million-dollar offer, Addison breaks her own hard-learned rules of survival and ventures farther than she has ever dared. Within the Spill Zone, Hell awaits—and it seems to be calling Addison’s name. 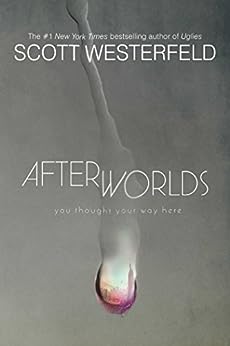 Darcy Patel has put college on hold to publish her teen novel, Afterworlds. With a contract in hand, she arrives in New York City with no apartment, no friends, and all the wrong clothes. But lucky for Darcy, she’s taken under the wings of other seasoned and fledgling writers who help her navigate the city and the world of writing and publishing. Over the course of a year, Darcy finishes her book, faces critique, and falls in love. Woven into Darcy’s personal story is her novel, Afterworlds, a suspenseful thriller about a teen who slips into the “Afterworld” to survive a terrorist attack. The Afterworld is a place between the living and the dead, and where many unsolved—and terrifying—stories need to be reconciled. Like Darcy, Lizzie too falls in love…until a new threat resurfaces, and her special gifts may not be enough to protect those she cares about most. 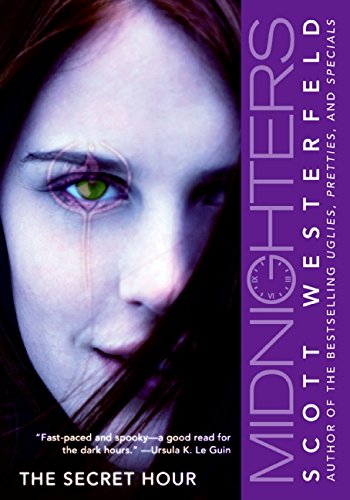 A few nights after Jessica Day arrives in Bixby, Oklahoma, she wakes up at midnight to find the entire world frozen. For one secret hour each night, the town belongs to the dark creatures that haunt the shadows. And only a small group of people—Jessica included—is free to move about then. They are The Midnighters. 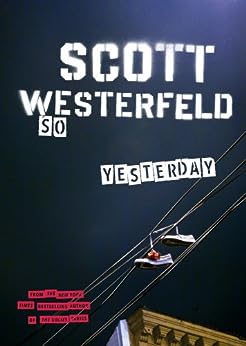 Ever wonder who was the first kid to keep a wallet on a big chunky chain, or wear way-too-big pants on purpose? What about the mythical first guy who wore his baseball cap backwards? These are the Innovators, the people on the very cusp of cool. Seventeen-year-old Hunter Braque’s job is finding them for the retail market. But when a big-money client disappears, Hunter must use all his cool-hunting talents to find her. Along the way he’s drawn into a web of brand-name intrigue- a missing cargo of the coolest shoes he’s ever seen, ads for products that don’t exist, and a shadowy group dedicated to the downfall of consumerism as we know it. 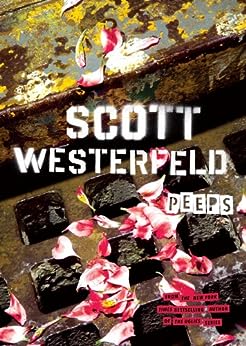 A year ago, Cal Thompson was a college freshman more interested in meeting girls and partying than in attending biology class. Now, after a fateful encounter with a mysterious woman named Morgan, biology has become, literally, Cal’s life. Cal was infected by a parasite that has a truly horrifying effect on its host. Cal himself is a carrier, unchanged by the parasite, but he’s infected the girlfriends he’s had since Morgan. All three have turned into the ravening ghouls Cal calls Peeps. The rest of us know them as vampires. It’s Cal’s job to hunt them down before they can create more of their kind. . . . 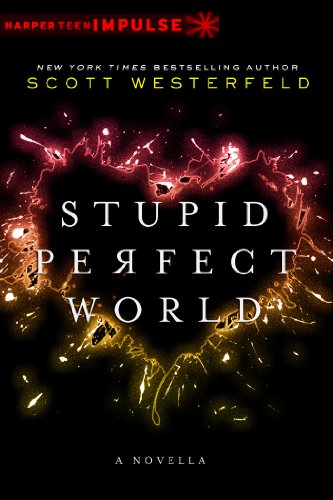 In this future-set novella by bestselling author Scott Westerfeld, Kieran Black lives in a “perfect” world. Disease and starvation have been eradicated, sleep is unnecessary, and it takes no time at all to go from the Bahamas to the moon. But now Kieran has to take Scarcity, a class about how people lived in the bad old days. And as if sitting through an hour of Scarcity every day wasn’t depressing enough, it’s final projects time. Each student must choose some form of ancient hardship to experience for two whole weeks. Kieran chooses having to sleep eight hours a night, which doesn’t seem too annoying. Maria Borsotti has never thought much of Kieran, but she decides to take pity on him and help him out with his project. Soon, Kieran is sleeping and having vivid dreams, while Maria, whose Scarcity project is to give up all teenage hormone regulation, is experiencing emotions she never knew she had. As their assignments draw them closer together, they begin to wonder if the olden days weren’t so bad. Maybe something has been missing from their perfect lives after all?