Sex and the City revolutionized television in many ways, but did you know it was a book first? Candace Bushnell is the queen of NYC-based Chick Lit and if you love Sex and the City and stories like that, you’ll love her complete body of works. The one that interests me most right now is Killing Monica, because books about writers are just absolutely fascinating.  Here’s every book by Candace Bushnell 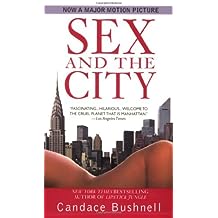 Sex and the City

Sex and the City is a fantastic and sometimes terrifying foray into the hearts, minds, and mating habits of modern-day New Yorkers. Traveling in packs from lavish parties to high-end clubs, Bushnell’s vividly candid characters live out the never-ending search for the perfect relationship. Bushnell’s firsthand commentary on the behavior of the rich and famous is by turns witty and shocking, and always boldly true. In these pages you will meet “Carrie,” the young writer looking for love in all the wrong places; “Samantha Jones,” the successful proto-cougar who approaches sex just like a man; and “Mr. Big,” the captain of industry who jumps from one bed to the next. 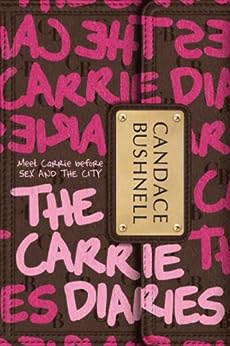 Before Sex and the City, Carrie Bradshaw was a small-town girl who knew she wanted more. She’s ready for real life to start, but first she must navigate her senior year of high school. Up until now, Carrie and her friends have been inseparable. Then Sebastian Kydd comes into the picture, and a friend’s betrayal makes her question everything. With an unforgettable cast of characters, The Carrie Diaries is the story of how a regular girl learns to think for herself and evolves into a sharp, insightful writer. Readers will learn about her family background, how she found her writing voice, and the indelible impression her early friendships and relationships left on her. Through adventures both audacious and poignant, we’ll see what brings Carrie to her beloved New York City, where her new life begins. 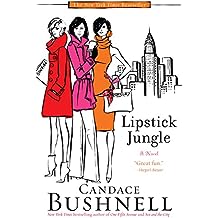 Victory Ford is the darling of the fashion world. Single, attractive, and iconoclastic, she has worked for years to create her own signature line. As Victory struggles to keep her company afloat, she learns crucial lessons about what she really wants in a relationship.
Nico O’Neilly is the glamorous, brilliant editor of Bonfire Magazine–the pop-culture bible for fashion, show business, and politics. Considered one of the most powerful women in publishing, she seems to have it all. But in a mid-life crisis, she suddenly realizes this isn’t enough. Wendy Healy’s chutzpah has propelled her to the very top of the cut-throat movie industry. When it becomes clear that a competitor is trying to oust her, something has to give–and Wendy must decide between her career and her marriage. 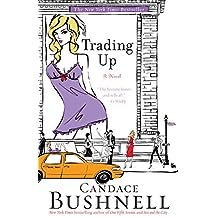 Modern-day heroine Janey Wilcox is a lingerie model whose reach often exceeds her grasp, and whose new-found success has gone to her head. As we follow Janey’s adventures, Bushnell draws us into a seemingly glamorous world of $100,000 cars, hunky polo players and media moguls, Fifth Avenue apartments, and relationships whose hidden agendas are detectable only by the socially astute. But just as Janey enters this world of too much money and too few morals, unseen forces conspire to bring her down, forcing her to reexamine her values about love and friendship–and how far she’s really willing to go to realize her dreams. 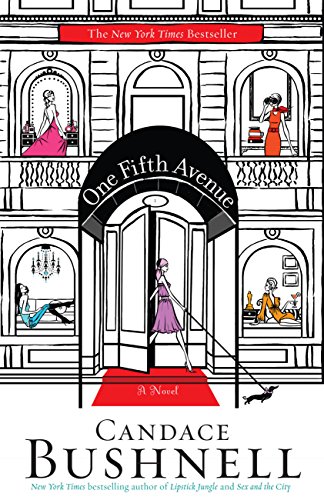 Acutely observed and mercilessly witty, One Fifth Avenue is a modern-day story of old and new money, that same combustible mix that Edith Wharton mastered in her novels about New York’s Gilded Age and F. Scott Fitzgerald illuminated in his Jazz Age tales. Many decades later, Bushnell’s New Yorkers suffer the same passions as those fictional Manhattanites from eras past: They thirst for power, for social prominence, and for marriages that are successful–at least to the public eye. But Bushnell is an original, and One Fifth Avenue is so fresh that it reads as if sexual politics, real estate theft, and fortunes lost in a day have never happened before. 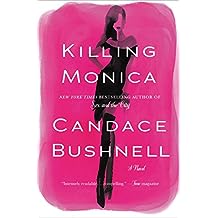 Pandy “PJ” Wallis is a renowned writer whose novels about a young woman making her way in Manhattan have spawned a series of blockbuster films. After the success of the Monica books and movies, Pandy wants to attempt something different: a historical novel based on her ancestor Lady Wallis. But Pandy’s publishers and audience only want her to keep cranking out more Monica-as does her greedy husband, Jonny, who’s gone deeply in debt to finance his new restaurant in Las Vegas.  When her marriage crumbles and the boathouse of her family home in Connecticut goes up in flames, Pandy suddenly realizes she has an opportunity to reinvent herself. But to do so, she will have to reconcile with her ex-best friend and former partner in crime, SondraBeth Schnowzer, who plays Monica on the big screen-and who may have her own reasons to derail Pandy’s startling change of plan. 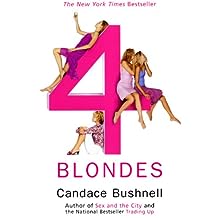 Four Blondes tells the stories of four women facing up to the limitations of their rapidly approaching middle age in an era that worships youth. From the former “It-girl” heroine of “Nice N’Easy,” who each summer looks for a rich man who’ll provide her with a house in the Hamptons, to the writer-narrator of “Single Process,” who goes to London on a hunt for love and a good magazine story, Bushnell brings to life contemporary women in search of something more — when the world is pushing for them to settle for less. Sexy, funny, and wonderfully lush with gossip and scandal, Four Blondes will keep you turning pages long into the night.