It’s time to make your selection for Book of the Month in October and I’m so excited about this month’s selections. I haven’t picked a book in several months because either none of them interested me or I had ARCs of the ones I was interested in. But this month is different!

I am a little sad that the new Jodi Picoult book isn’t in here, cuz it seems right in the BOTM vein, but I’ve already got a signed copy coming from an event later this month. I’m definitely getting the Hank Green book and probably The Lies We Told,because it sounds right up my alley.

What will you get this month? 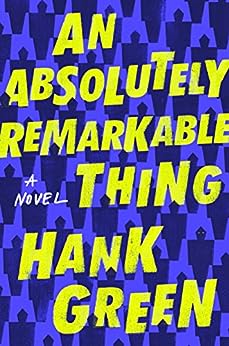 The Carls just appeared. Coming home from work at three a.m., twenty-three-year-old April May stumbles across a giant sculpture. Delighted by its appearance and craftsmanship–like a ten-foot-tall Transformer wearing a suit of samurai armor–April and her friend Andy make a video with it, which Andy uploads to YouTube. The next day April wakes up to a viral video and a new life. News quickly spreads that there are Carls in dozens of cities around the world–everywhere from Beijing to Buenos Aires–and April, as their first documentarian, finds herself at the center of an intense international media spotlight.  Now April has to deal with the pressure on her relationships, her identity, and her safety that this new position brings, all while being on the front lines of the quest to find out not just what the Carls are, but what they want from us.

Winter in Paradise by Elin Hilderbrand

Winter in Paradise, the first book in the Paradise series, has everything that readers have come to know and love about an Elin Hilderbrand novel, plus a healthy dose of intrigue. Irene Steele’s idyllic life-house, husband, family-is shattered when she is woken up by a late-night phone call. Her beloved husband has been found dead, but before Irene can process this tragic news, she must confront the perplexing details of her husband’s death. He was found on St. John island, a tropical paradise far removed from their suburban life. Leaving the cold winter behind, Irene flies down to the beautiful Caribbean beaches of St. John only to make another shocking discovery: her husband had a secret second family. As Irene investigates the mysterious circumstances of her husband’s death, she is plunged into a web of intrigue and deceit belied by the pristine white sand beaches of St. John’s. This exciting first book in the Paradise series will transport readers to a new beach locale-another world that Elin knows as well as her beloved Nantucket-and have them longing for winter 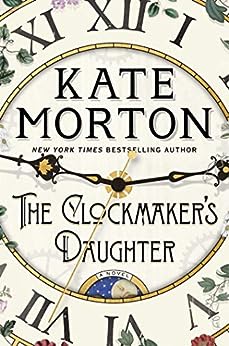 The Clockmaker’s Daughter by Kate Morton

In the summer of 1862, a group of young artists led by the passionate and talented Edward Radcliffe descends upon Birchwood Manor on the banks of the Upper Thames. Their plan: to spend a secluded summer month in a haze of inspiration and creativity. But by the time their stay is over, one woman has been shot dead while another has disappeared; a priceless heirloom is missing; and Edward Radcliffe’s life is in ruins.
Over one hundred and fifty years later, Elodie Winslow, a young archivist in London, uncovers a leather satchel containing two seemingly unrelated items: a sepia photograph of an arresting-looking woman in Victorian clothing, and an artist’s sketchbook containing the drawing of a twin-gabled house on the bend of a river. Why does Birchwood Manor feel so familiar to Elodie? And who is the beautiful woman in the photograph? Will she ever give up her secrets?

In the Hurricane’s Eyes by Nathaniel Philbrick

In the fall of 1780, after five frustrating years of war, George Washington had come to realize that the only way to defeat the British Empire was with the help of the French navy. But as he had learned after two years of trying, coordinating his army’s movements with those of a fleet of warships based thousands of miles away was next to impossible. And then, on September 5, 1781, the impossible happened. Recognized today as one of the most important naval engagements in the history of the world, the Battle of the Chesapeake–fought without a single American ship–made the subsequent victory of the Americans at Yorktown a virtual inevitability. In a narrative that moves from Washington’s headquarters on the Hudson River, to the wooded hillside in North Carolina where Nathanael Greene fought Lord Cornwallis to a vicious draw, to Lafayette’s brilliant series of maneuvers across Tidewater Virginia, Philbrick details the epic and suspenseful year through to its triumphant conclusion. 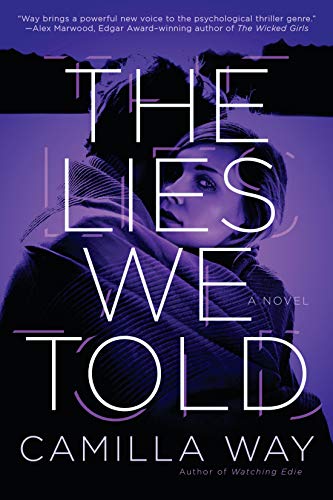 The Lies We Told by Camilla Way

A daughter
Beth has always known there was something strange about her daughter, Hannah. The lack of emotion, the disturbing behavior, the apparent delight in hurting others…Sometimes Beth is scared of her and what she could be capable of.

A son
Luke comes from the perfect family, with the perfect parents. But one day, he disappears without a trace, and his girlfriend, Clara, is desperate to discover what has happened to him.

A life built on lies
As Clara digs into the past, she realizes that no family is truly perfect, and uncovers a link between Luke’s long-lost sister and a strange girl named Hannah. Now Luke’s life is in danger because of the lies once told and the secrets once kept. Can Clara find him before it’s too late?