There are some authors that I truly love but I regret that I haven’t read everything they’ve ever written. I do however take pride in some of the authors where I have read everything they’ve ever published, like Kasie West, Liz Nugent, JK Rowling, Sandhya Menon, and Amy Ewing, but the following six books are books that I haven’t read yet by authors that I love. These have all been on my TBR list for awhile and I’m going to get to them one day, I swear.

I love everything Jodi Picoult has written but when I discovered her, she already had several books published, so while I make a point to go get every new one that comes out, I haven’t read some of her older works. Mercy is one of those, as it came out a year after I was born. I have the book and I’ve moved it across state lines multiple times in an attempt to read it, but I just haven’t done it yet. The key issue at the heart of Mercy is assisted suicide.

I discovered Ian McEwan through Atonement, like pretty much everyone, and I loved it! I also enjoyed Sweet Tooth by him, and Chesil Beach was…something else. And I’ve been wanting to read Nutshell since it came out! I even took the audiobook on a roadtrip and ended up listening to other things. Whoops. I’ll get around to it soon. Nutshell is told from the point of a view of a fetus inside its mother, listening to her plan a murder. 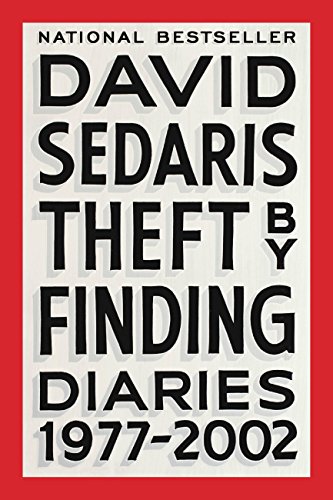 Theft By Finding by David Sedaris

I discovered David Sedaris pretty recently, less than a year ago, but I’ve listened to all of his major collections on audiobook and read his latest one, Calypso. Theft By Finding is one of his diary collections and I know that it’s going to be great, I just have put it off because of its length and also I haven’t had access to the audiobook yet, which I prefer because Sedaris’ narration really makes it all. Maybe I’ll wait for the second half of this collection to come out and read them in one blow. 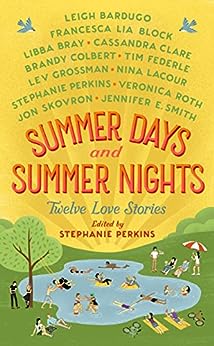 I’ve read all of the books Stephanie Perkins herself has written, such as Lola, Isla, etc, and even her murder book There’s Someone Inside Your House, but I haven’t read this collection she edited yet. For some reason none of my local libraries have gotten it, and the day I almost bought it at Walmart (the only place that sells books in my KY hometown), I ended up buying To All the Boys I’ve Loved Before instead.Whoops.I’ll get around to this soon, maybe in the dead of winter when I want to feel warm.

Sara Shepard’s notorious for series that go on a little too long. I’m looking at you Pretty Little Liars. But I read ALL of those books (I never really got into the TV show), and I also read The Lying Game series, the Perfectionists, the Heiresses, The Elizas, etc. And I read the first Amateurs book, but the publishing platform for this one was kind of weird and the only library I had access to it through was Hoopla, and I hate reading books on my phone. However, the third (and final!) book in this series comes out this November so maybe once they are all out I’ll a complete series read through. 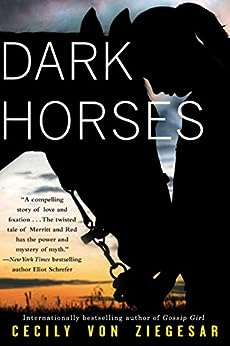