Paul Tremblay is an author who only recently came onto my reading radar but wow I’m already intrigued by his books. They’re thrilling, they make the hair stand up on your arms, and you’ll want to keep reading. The Cabin at the End of the World may be the MUST READ book of his right now, but check out his other works! 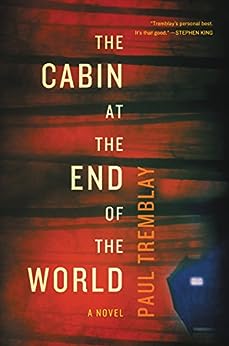 The Cabin at the End of the World

Seven-year-old Wen and her parents, Eric and Andrew, are vacationing at a remote cabin on a quiet New Hampshire lake. Their closest neighbors are more than two miles in either direction along a rutted dirt road. One afternoon, as Wen catches grasshoppers in the front yard, a stranger unexpectedly appears in the driveway. Leonard is the largest man Wen has ever seen but he is young, friendly, and he wins her over almost instantly. Leonard and Wen talk and play until Leonard abruptly apologizes and tells Wen, “None of what’s going to happen is your fault”. Three more strangers then arrive at the cabin carrying unidentifiable, menacing objects. As Wen sprints inside to warn her parents, Leonard calls out: “Your dads won’t want to let us in, Wen. But they have to. We need your help to save the world.” 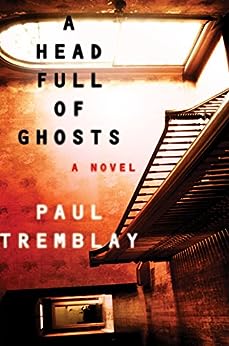 A Head Full of Ghosts

The lives of the Barretts, a normal suburban New England family, are torn apart when fourteen-year-old Marjorie begins to display signs of acute schizophrenia. To her parents’ despair, the doctors are unable to stop Marjorie’s descent into madness. As their stable home devolves into a house of horrors, they reluctantly turn to a local Catholic priest for help. Father Wanderly suggests an exorcism; he believes the vulnerable teenager is the victim of demonic possession. He also contacts a production company that is eager to document the Barretts’ plight. With John, Marjorie’s father, out of work for more than a year and the medical bills looming, the family agrees to be filmed, and soon find themselves the unwitting stars of The Possession, a hit reality television show. When events in the Barrett household explode in tragedy, the show and the shocking incidents it captures become the stuff of urban legend. Fifteen years later, a bestselling writer interviews Marjorie’s younger sister, Merry. As she recalls those long ago events that took place when she was just eight years old, long-buried secrets and painful memories that clash with what was broadcast on television begin to surface—and a mind-bending tale of psychological horror is unleashed, raising vexing questions about memory and reality, science and religion, and the very nature of evil. 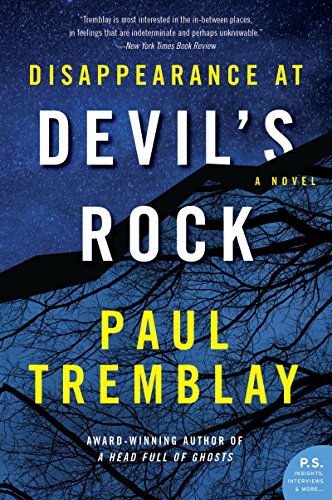 Late one summer night, Elizabeth Sanderson receives the devastating news that every mother fears: her thirteen-year-old son, Tommy, has vanished without a trace in the woods of a local park. The search isn’t yielding any answers, and Elizabeth and her young daughter, Kate, struggle to comprehend Tommy’s disappearance. Feeling helpless and alone, their sorrow is compounded by anger and frustration: the local and state police have uncovered no leads. Josh and Luis, the friends who were the last to see Tommy before he vanished, may not be telling the whole truth about that night in Borderland State Park, when they were supposedly hanging out a landmark the local teens have renamed Devil’s Rock. Living in an all-too-real nightmare, riddled with worry, pain, and guilt, Elizabeth is wholly unprepared for the strange series of events that follow. She believes a ghostly shadow of Tommy materializes in her bedroom, while Kate and other local residents claim to see a shadow peering through their windows in the dead of night. Then, random pages torn from Tommy’s journal begin to mysteriously appear—entries that reveal an introverted teenager obsessed with the phantasmagoric; the loss of his father, killed in a drunk-driving accident a decade earlier; a folktale involving the devil and the woods of Borderland; and a horrific incident that Tommy believed connects them. As the search grows more desperate, and the implications of what happened become more haunting and sinister, no one is prepared for the shocking truth about that night and Tommy’s disappearance at Devil’s Rock. 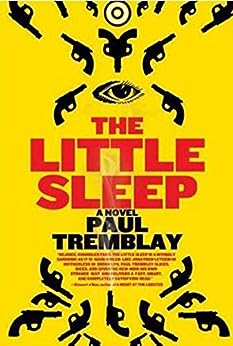 Mark Genevich is a South Boston P.I. with a little problem: he’s narcoleptic, and he suffers from the most severe symptoms, including hypnagogic hallucinations. These waking dreams wreak havoc for a guy who depends on real-life clues to make his living. Clients haven’t exactly been beating down the door when Mark meets Jennifer Times—daughter of the powerful local D.A. and a contestant on American Star—who walks into his office with an outlandish story about a man who stole her fingers. He awakes from his latest hallucination alone, but on his desk is a manila envelope containing risqué photos of Jennifer. Are the pictures real, and if so, is Mark hunting a blackmailer, or worse? 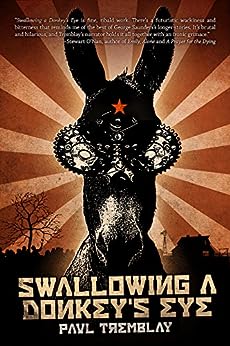 Farm is the mega-conglomerate food supplier for City, populated with rabidly bureaucratic superiors, and sexually deviant tour guides dressed in chicken and duck suits. City is sprawling, technocratic, and rests hundreds of feet above the coastline on the creaking shoulders of a giant wooden pier. When the narrator’s single mother, whom he left behind in City, falls out of contact, he fears the worst: his mother is homeless and subsequently to be deported under City to the Pier. On his desperate search to find his mother, he encounters ecoterrorists wearing plush animal suits, City’s all-powerful Mayor who is infatuated with magic refrigerators and outlaw campaigns, and an over-sexed priest who may or may not have ESP, but who is most certainly his deadbeat dad. 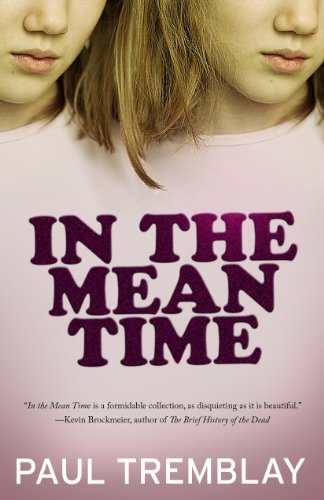 In the Mean Time

A history teacher begins his unorthodox senior course with clips from an ominous surveillance video, causing a student’s home life to deteriorate along with the lessons. A girl with a second head that changes into different historical and fictional identities tries to find her father while figuring out how to handle Mom and the book club. A blog documents society’s slow, unexplained, but inexorable end, or is it only a collection of pixel-sized paranoia? A once-awkward teen holes up in a kiddie-themed amusement park after the end of the world, and schemes to take Cinderella’s Castle by force. 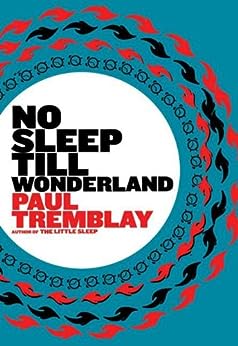 No Sleep til Wonderland

Mark Genevich is stuck in a rut: his narcolepsy isn’t improving, his private-detective business is barely scraping by, and his landlord mother is forcing him to attend group therapy sessions. Desperate for companionship, Mark goes on a two-day bender with a new acquaintance, Gus, who is slick and charismatic—and someone Mark knows very little about. When Gus asks Mark to protect a friend who is being stalked, Mark inexplicably finds himself in the middle of a murder investigation and soon becomes the target of the police, a sue-happy lawyer, and a violent local bouncer. Will Mark learn to trust himself in time to solve the crime—and in time to escape with his life?

The Floating Boy and the Girl Who Couldn’t Fly

Things Mary does kind of want to fall into: love, the sky.

Fun, breathlessly exciting, and full of heart, Floating Boy and the Girl Who Couldn’t Fly is an unforgettable ride.