I first discovered Sarah Pekkanen when I received not one but two arcs of the December 2017 release, The Wife Between Us. I love psychological thrillers and really enjoyed the book. I enjoyed it so much I read it while freezing my butt off in NYC waiting for the Macy’s Thanksgiving Day Parade to begin. And I saw that she had another book coming out in the summer of 2018, but I was surprised to discover she had a long history of previous works. Some of those works probably classify as “chick lit” or “romances” but many of them have the psychological threads you see really come to live in The Wife Between Us.

Check out her previous novels: 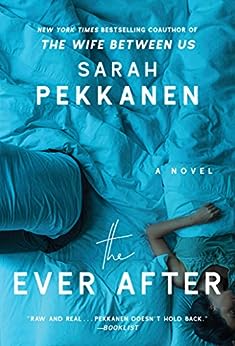 Josie and Frank Moore are happy…at least Josie thinks they are. As parents of two young girls in the Chicago suburbs, their days can be both busy and monotonous, and sometimes Josie wonders how she became a harried fortysomething mother rather than the driven career woman she once was. But Frank is a phenomenal father, he’s handsome and charismatic, and he still looks at his wife like she’s the beautiful woman he married more than a decade ago. Josie isn’t just happy—she’s lucky. Until one Saturday morning when Josie borrows her husband’s phone to make a quick call—and sees nine words that shatter her world. Now Josie feels as if she is standing at the edge of a sharp precipice. As she looks back at pivotal moments in the relationship she believed would last forever, she is also plunging ahead, surprising everyone (especially herself) with how far she will go to uncover the extent of her husband’s devastating secret. 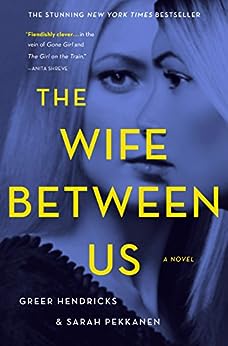 The Wife Between Us

When you read this book, you will make many assumptions. You will assume you are reading about a jealous ex-wife. You will assume she is obsessed with her replacement – a beautiful, younger woman who is about to marry the man they both love.  You will assume you know the anatomy of this tangled love triangle. Assume nothing. Twisted and deliciously chilling, Greer Hendricks and Sarah Pekkanen’s The Wife Between Us exposes the secret complexities of an enviable marriage – and the dangerous truths we ignore in the name of love. Read between the lies. 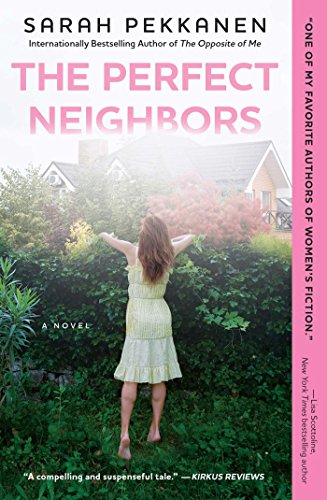 Bucolic Newport Cove, where spontaneous block parties occur on balmy nights and all of the streets are named for flowers, is proud of its distinction of being named one the top twenty safest neighborhoods in the US. It’s also one of the most secret-filled. Kellie Scott has just returned to work after a decade of being a stay-at-home mom. She’s adjusting to high heels, scrambling to cook dinner for her family after a day at the office—and soaking in the dangerous attention of a very handsome, very married male colleague. Kellie’s neighbor Susan Barrett begins every day with fresh resolutions: she won’t eat any carbs, she’ll go to bed at a reasonable hour, and she’ll stop stalking her ex-husband and his new girlfriend. Gigi Kennedy seems to have it all together—except her teenage daughter has turned into a hostile stranger and her husband is running for Congress, which means her old skeletons are in danger of being brought into the light. Then a new family moves to this quiet, tree-lined cul-de-sac. Tessa Campbell seems friendly enough to the other mothers, if a bit reserved. Then the neighbors notice that no one is ever invited to Tessa’s house. And soon, it becomes clear that Tessa is hiding the biggest secret of all. 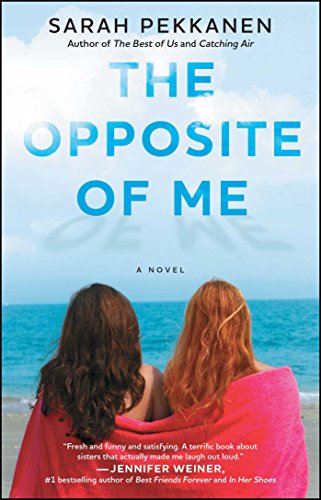 The Opposite of Me

Twenty-nine-year-old Lindsey Rose has, for as long as she can remember, lived in the shadow of her ravishingly beautiful fraternal twin sister, Alex. Determined to get noticed, Lindsey is finally on the cusp of being named VP creative director of an elite New York advertising agency, after years of eighty-plus-hour weeks, migraines, and profound loneliness. But during the course of one devastating night, Lindsey’s carefully constructed life implodes. Humiliated, she flees the glitter of Manhattan and retreats to the time warp of her parents’ Maryland home. As her sister plans her lavish wedding to her Prince Charming, Lindsey struggles to maintain her identity as the smart, responsible twin while she furtively tries to piece her career back together. But things get more complicated when a long-held family secret is unleashed that forces both sisters to reconsider who they are and who they are meant to be. 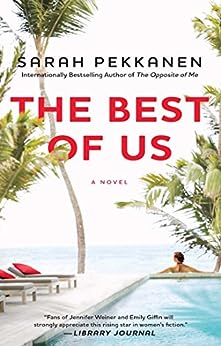 The Best of Us

An all-expense-paid week at a luxury villa in Jamaica—it’s the invitation of a lifetime for a group of old college friends. All four women are desperate not just for a reunion, but for an escape: Tina is drowning under the demands of mothering four young children. Allie is shattered by the news that a genetic illness runs in her family. Savannah is carrying the secret of her husband’s infidelity. And, finally, there’s Pauline, who spares no expense to throw her wealthy husband an unforgettable thirty-fifth birthday celebration, hoping it will gloss over the cracks already splitting apart their new marriage.  Languid hours on a private beach, gourmet dinners, and late nights of drinking kick off an idyllic week for the women and their husbands. But as a powerful hurricane bears down on the island, turmoil swirls inside the villa, forcing each of the women to reevaluate everything she knows about her friends—and herself. 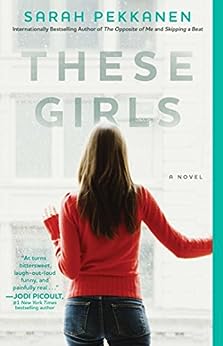 Cate, Renee, and Abby have come to New York for very different reasons, and in a bustling city of millions, they are linked together through circumstance and chance. Cate has just been named the features editor of Gloss, a high-end lifestyle magazine. It’s a professional coup, but her new job comes with more complications than Cate ever anticipated. Her roommate Renee will do anything to nab the plum job of beauty editor at Gloss. But snide comments about Renee’s weight send her into an emotional tailspin. Soon she is taking black market diet pills—despite the racing heartbeat and trembling hands that signal she’s heading for real danger. Then there’s Abby, whom they take in as a third roommate. Once a joyful graduate student working as a nanny part time, she abruptly fled a seemingly happy life in the D.C. suburbs. No one knows what shattered Abby—or why she left everything she once loved behind. Pekkanen’s most compelling, true-to-life novel yet tells the story of three very different women as they navigate the complications of careers and love—and find the lifeline they need in each other. 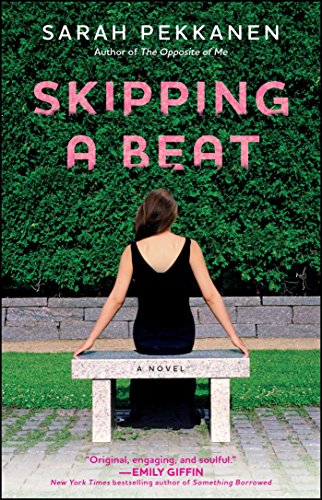 What would you do if your husband suddenly wanted to rewrite all of the rules of your relationship? This is the question at the heart of Skipping a Beat, Pekkanen’s thought-provoking second book. From the outside, Julia and Michael seem to have it all. Both products of difficult childhoods in rural West Virginia—where they were simply Julie and Mike—they become high school sweethearts and fall in love. Shortly after graduation, they flee their small town to start afresh. Now thirty-somethings, they are living a rarified life in their multi-million-dollar, Washington D.C. home. Julia is a highly sought-after party planner, while Michael has just sold his wildly successful flavored water company for $70 million. But one day, Michael collapses in his office. Four minutes and eight seconds after his cardiac arrest, a portable defibrillator jump-starts his heart. But in those lost minutes he becomes a different man. Money is meaningless to him—and he wants to give it all away. Julia, who sees bits of her life reflected in scenes from the world’s great operas, is now facing with a choice she never anticipated. Should she should walk away from the man she once adored—but who truthfully became a stranger to her long before this pronouncement—or give in to her husband’s pleas for a second chance and a promise of a poorer but happier life? 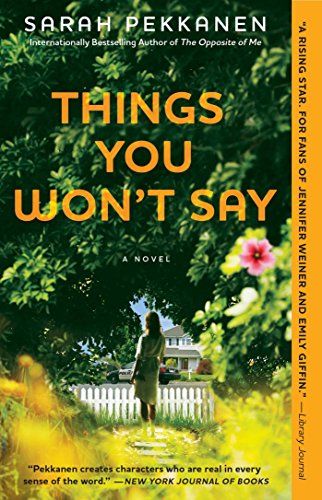 Every morning, as her husband Mike straps on his SIG Sauer and pulls on his heavy Magnum boots, Jamie Anderson tenses up. Then comes the call she has always dreaded: There’s been a shooting at police headquarters. Mike isn’t hurt, but his long-time partner is grievously injured. As weeks pass and her husband’s insomnia and disconnectedness mount, Jamie realizes he is an invisible casualty of the attack. Then the phone rings again. Another shooting—but this time Mike has pulled the trigger. But the shooting does more than just alter Jamie’s world. It’s about to change everything for two other women. Christie Simmons, Mike’s flamboyant ex, sees the tragedy as an opportunity for a second chance with Mike. And Jamie’s younger sister, Lou, must face her own losses to help the big sister who raised her. As the press descends and public cries of police brutality swell, Jamie tries desperately to hold together her family, no matter what it takes. 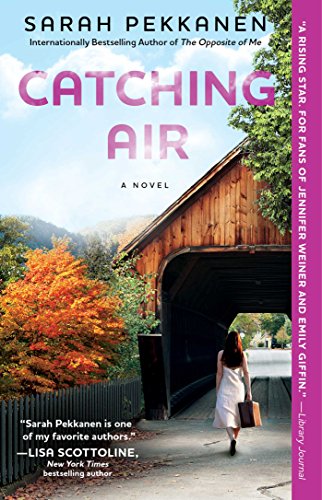 A chance to run a B&B in snowy, remote Vermont—it’s an offer Kira Danner can’t resist after six soul-crushing years of working as a lawyer in Florida. As Kira and her husband, Peter, step into a brand new life, she quells her fears about living with the B&B’s co-owners: Peter’s sexy, irresponsible brother Rand, and Rand’s wife, Alyssa…who is essentially a stranger. For her part, Alyssa sees taking over the B&B as the latest in a string of adventures. Plus, a quiet place might help her recover from the news that she can’t bear children. But the idyllic town proves to be anything but serene: Within weeks, the sisters-in-law are scrambling to prepare for their first big booking—a winter wedding—and soon a shy, mysterious woman comes to work for them. Dawn Zukoski is hiding something; that much is clear. But what the sisters-in-law don’t realize is that Dawn is also hiding from someone…