6 Books to Read to Get into the Christmas Spirit

It’s the most wonderful time of the year. Get in the Christmas spirit with these six books! I’m not one for “holiday” reading but I do love to get in the spirit and since I’ve now rediscovered my love for cheesy holiday movies, how could I not this year? 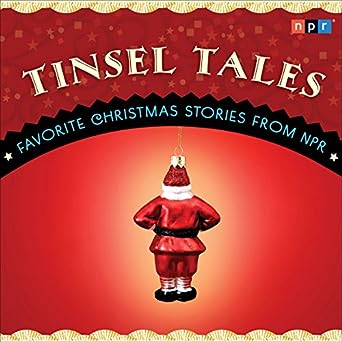 Ho ho ho! Here’s what to listen to while driving to the mall, wrapping gifts, entertaining friends, or relaxing in front of a crackling holiday fire. In Scott Simon’s modern version of the Christmas story, Jesus is born in an abandoned factory near Cleveland and the Three Wise Persons bring Chipotle gift cards. Claudia Sanchez gives a Latin accent to “A Visit from St. Nicholas”. Barbara Bradley Hagerty explores what Christmas means for the boy choristers of the National Cathedral in Washington, D.C. (Hint: Handel). In a treasured 1974 recording, humorist, author, radio personality, and blacklisting victim John Henry Faulk tells of “the wonderfulest Christmas in the United States of America”. A son believed missing in action during WWII is found in time for his family to celebrate the holiday. And a Vietnam veteran tells Weekend Edition Sunday about a “Silent Night” that brought hope to patients in a military hospital.And that’s just the star-topped tip of the tree. Each year, listeners tune into NPR for holiday offerings of all kinds: funny, touching, insightful, and surprising. Now anyone can listen anytime to these evergreen delights. 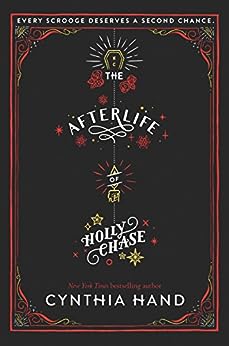 The Afterlife of Holly Chase

On Christmas Eve five years ago, seventeen-year-old Holly Chase was visited by three Ghosts who showed her how selfish and spoiled she’d become. They tried to convince her to mend her ways. She didn’t. And then she died. Now she’s stuck working for the top-secret company Project Scrooge—as their latest Ghost of Christmas Past. So far, Holly’s afterlife has been miserable. But this year’s Scrooge is different. This year’s Scrooge might change everything… 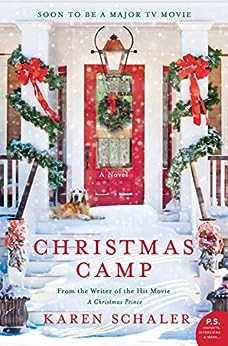 Haley Hanson’s idea of the perfect Christmas is escaping to the Caribbean to work so she can avoid all the traditional Christmas distractions. Over the years, she’s sacrificed her personal life to climb the corporate ladder at a prestigious Boston advertising agency. Now she just needs to land a coveted Christmas toy company account to make partner. But first, her boss, Larry, thinks she needs a holiday attitude adjustment, so he ships her off to a Christmas Camp at Holly Peak Inn to help her find her Christmas spirit. Arriving at the charming mountainside inn, Haley meets the owner’s handsome son, Jeff, and feels an instant spark, but resists the attraction, refusing to be distracted from her goal of doing all the required Christmas tasks as fast as possible so she can get back to work. At first Haley struggles with all the traditional Christmas Camp activities. It’s not until she finally allows herself to slow down, live in the moment, and let Christmas back into her heart, that she begins to grow closer to Jeff. But when he finds out Haley’s come up with a plan to help his dad save the struggling inn while he’s been trying to convince his dad to sell it, their relationship takes a serious holiday hit.  Now it will take the magic of the season to bring these two hearts together. 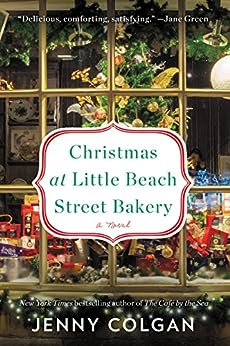 In the Cornish coastal village of Mount Polbearne, the Christmas season has arrived. It’s a joyous time for family, friends, and feasting, as decorations sparkle along the town’s winding streets and shop windows glow with festive displays. And in Polly’s Little Beach Street Bakery, the aroma of gingerbread cookies and other treats tempts people in from the cold. Though Polly is busy keeping up with the demands of the season, she still makes time for her beekeeper boyfriend, Huckle. She’s especially happy to be celebrating the holiday this year with him, and can’t wait to cuddle up in front of the fireplace with a cup of eggnog on Christmas Eve.But holiday bliss soon gives way to panic when a storm cuts the village off from the mainland. Now it will take all of the villagers to work together in order to ensure everyone has a happy holiday. 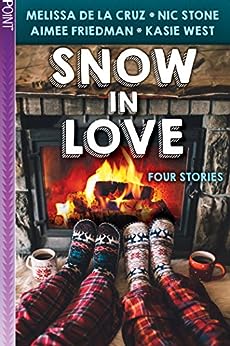 What’s better than one deliciously cozy, swoon-worthy holiday story? Four of them, from some of today’s bestselling authors. From KASIE WEST, a snowy road trip takes an unexpected detour when secrets and crushes are revealed. From AIMEE FRIEDMAN, a Hanukkah miracle may just happen when a Jewish girl working as a department store elf finds love. From MELISSA DE LA CRUZ, Christmas Eve gets a plot twist when a high school couple exchange surprising presents. From NIC STONE, a scavenger hunt amid the holiday crowds at an airport turns totally romantic. So grab a mug of hot cocoa, snuggle up, and get ready to fall in love… 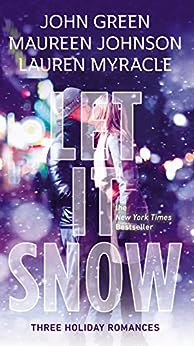 A Christmas Eve snowstorm transforms one small town into a romantic haven, the kind you see only in movies. Well, kinda. After all, a cold and wet hike from a stranded train through the middle of nowhere would not normally end with a delicious kiss from a charming stranger. And no one would think that a trip to the Waffle House through four feet of snow would lead to love with an old friend. Or that the way back to true love begins with a painfully early morning shift at Starbucks. Thanks to three of today’s bestselling teen authors—John Green, Maureen Johnson, and Lauren Myracle—the magic of the holidays shines on these hilarious and charming interconnected tales of love, romance, and breathtaking kisses.