Though I haven’t read any of her books yet, I’m fascinated by Colleen Oakes as an author.I saw a book box featured all three of her Queen of Hearts books once, and so in celebration of her new series, the Black Coats, let’s look back at her other books. If you love retellings, you’ll love these books. 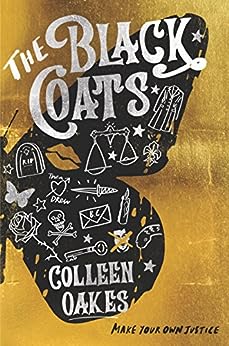 The enigmatic Black Coats have been exacting vengeance on men who have hurt girls and women for years. The killer of Thea’s cousin went free, and Thea has just received an invitation to join the Black Coats’ balancings—acts of revenge meant to teach a lesson. Justice for Natalie has never felt so close.

But as the balancings escalate in brutality, Thea’s clear-cut mission begins to unravel and she must decide just how far she is willing to go for justice.

Because when the line between justice and revenge is paper thin, it’s hard not to get cut.

The Queen of Hearts Series

This is not the story of the Wonderland we know. Alice has not fallen down a rabbit hole. This is a Wonderland where beneath each smile lies a secret, each tart comes with a demand, and only prisoners tell the truth.

Dinah is the princess who will one day reign over Wonderland. She has not yet seen the dark depths of her kingdom; she longs only for her father’s approval and a future with the boy she loves. But when a betrayal breaks her heart and threatens her throne, she is launched into Wonderland’s dangerous political game. Dinah must stay one step ahead of her cunning enemies or she’ll lose not just the crown but her head.

Wendy Darling has a perfectly agreeable life with her parents and brothers in wealthy London, as well as a budding romance with Booth, the neighborhood bookseller’s son. But one night, while their parents are at a ball, the charmingly beautiful Peter Pan comes to the Darling children’s nursery, and—dazzled by this flying boy with god-like powers—they follow him out of the window and straight on to morning into Neverland, an intoxicating island of freedom.

As time passes in Neverland, Wendy realizes that this Lost Boy’s paradise of turquoise seas, mermaids, and pirates holds terrible secrets rooted in blood and greed. As Peter’s grasp on her heart tightens, she struggles to remember where she came from—and begins to suspect that this island of dreams, and the boy who desires her, have the potential to transform into an everlasting nightmare. 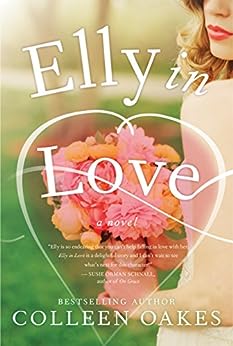 Curvy wedding florist Elly Jordan has had quite a year. First, she had to design her ex-husband’s wedding to the mistress who split them up, and then she broke up with the hottest musician this side of St. Louis. Three months have passed since then, and now Elly is primed for what promises to be the best wedding season of her life. Encouraged by her loyal friends (and one pushy coworker), Elly considers opening a chic flower boutique uptown when BlissBride, a popular wedding reality show, asks her to design the wedding of a famous – make that infamous – celebrity.