I discovered Eileen Cook when I picked up With Malice and I absolutely fell in love. It was a fascinating story, told backwards, and so when I heard about her new book, You Owe Me a Murder, I knew I had to have it. It’s on sale now, but Eileen Cook is no stranger to the book world. 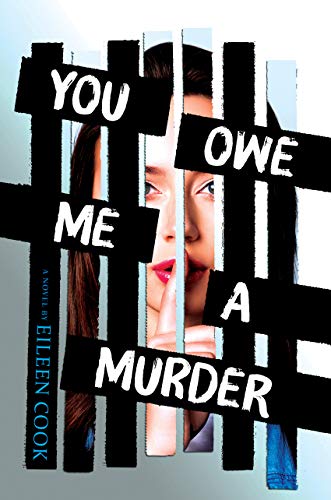 You Owe Me A Murder

7-year-old Kim never expected to plot a murder. But that was before her boyfriend dumped her for another girl. Now, Kim’s stuck on a class trip to London with him and his new soulmate and she can’t help wishing he was a little bit dead, even if she’d never really do that.

But when Kim meets Nicki, a stranger on the plane who’s more than willing to listen to Kim’s woes, things start to look up. Nicki’s got a great sense of humor, and when she jokes about swapping murders, Kim plays along—that is, until Kim’s ex-boyfriend mysteriously dies.

Blackmailed by Nicki to fulfill her end of the deal, Kim will have to commit a murder or take the fall for one. 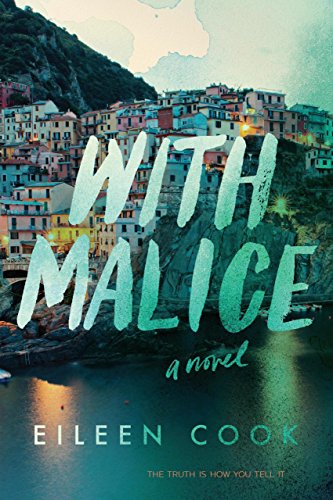 Eighteen-year-old Jill Charron’s senior trip to Italy was supposed to be the adventure of a lifetime. And then the accident happened. Waking up in a hospital room, her leg in a cast, stitches in her face, and a big blank canvas where the last 6 weeks should be, Jill comes to discover she was involved in a fatal accident in her travels abroad. She was jetted home by her affluent father in order to receive quality care. Care that includes a lawyer. And a press team. Because maybe the accident…wasn’t an accident. Wondering not just what happened but what she did, Jill tries to piece together the events of the past six weeks before she loses her thin hold on her once-perfect life. 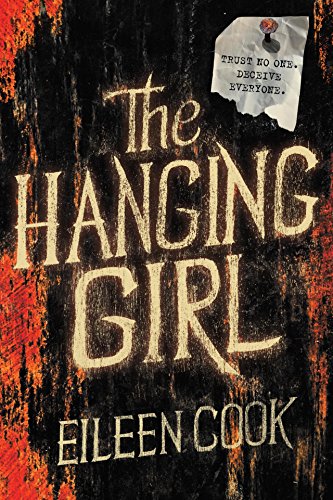 Skye Thorn has given tarot card readings for years, and now her psychic visions are helping the police find the town’s missing golden girl. It’s no challenge—her readings have always been faked, but this time she has some insider knowledge. The kidnapping was supposed to be easy—no one would get hurt and she’d get the money she needs to start a new life. But a seemingly harmless prank has turned dark, and Skye realizes the people she’s involved with are willing to kill to get what they want and she must discover their true identity before it’s too late. 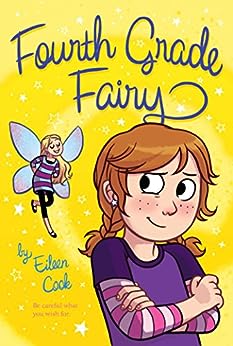 All Willow Doyle wants is to be normal, to fit in at her new school, and to have a best friend. But there’s no way Willow will ever be normal. There isn’t anything normal about her or the Doyle family.

Willow comes from a long line of fairy godmothers and she’s expected to be one too when the time comes. (At the moment she’s merely sprite status.) Maybe that would be cool if it were like the old days when the humans — known as humdrums — knew fairy godmothers existed and the fairies didn’t have to keep their fairy status secret. Now they’re stuck helping humans who don’t even believe in them. Rather than help normals, Willow would rather be human. She’s sick of being weird.

When she’s given the chance to attend a humdrum elementary school for two weeks, this is Willow’s chance to finally experience a normal life — but will she be able to fit in? And can she find her best friend there, even if her parents discourage making friends with humans?

A thrilling tale about what a girl will do to get back a memory she lost…or remove what she wants to forget.

Harper is used to her family being hounded by protestors. Her father runs the company that trademarked the “Memtex” procedure to wipe away sad memories, and plenty of people think it shouldn’t be legal. Then a new demonstrator crosses her path, Neil, who’s as persistent as he is hot. Not that Harper’s noticing, since she already has a boyfriend.

When Harper suffers a loss, she’s shocked her father won’t allow her to get the treatment, so she finds a way to get it without his approval. Soon afterward, she’s plagued with strange symptoms, including hallucinations of a woman who is somehow both a stranger, yet incredibly familiar. Harper begins to wonder if she is delusional, or if these are somehow memories.

Together with Neil, who insists he has his own reasons for needing answers about the real dangers of Memtex, Harper begins her search for the truth. What she finds could uproot all she’s ever believed about her life…

Isobel’s life is falling apart. Her mom just married some guy she met on the Internet only three months before and is moving them to his sprawling, gothic mansion off the coast of nowhere. Goodbye, best friend. Goodbye, social life. Hello, icky new stepfather, crunchy granola town, and unbelievably good-looking, officially off-limits stepbrother.     But on her first night in her new home, Isobel starts to fear that it isn’t only her life that’s unraveling—her sanity might be giving way too. Because either Isobel is losing her mind, just like her artist father did before her, or she’s seeing ghosts. Either way, Isobel’s fast on her way to being the talk of the town for all the wrong reasons.

Sadie can’t wait to get away from her backwards small town, her delusional mom, her jailbird dad, and the tiny trailer where she was raised…even though leaving those things behind also means leaving her best friend Brendan. Sadie wants a better life, and she has been working steadily toward it, one con at a time.

But when Sadie’s mother wipes out Sadie’s savings, her escape plan is suddenly gone. She needs to come up with a lot of cash—and fast—or she’ll be stuck in this town forever.

With Brendan’s help, she devises a plan—the ultimate con—to get the money. But the more lies Sadie spins, the more she starts falling for her own hoax…and perhaps for the wrong boy. Sadie wanted to change her life, but she wasn’t prepared to have it flipped upside down by her own deception. With her future at stake and her heart on the line, suddenly it seems like she has a lot more than just money to lose… 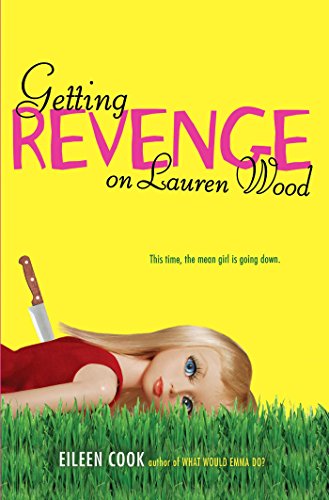 Getting Revenge on Lauren Wood

In the final weeks of eighth grade, Lauren Wood made a choice. She betrayed her best friend, Helen, in a manner so publicly humiliating that Helen had to move to a new town just to save face. Ditching Helen was worth it, though, because Lauren started high school as one of the It Girls–and now, at the start of her senior year, she’s the cheerleading captain, the quarterback’s girlfriend, and the undisputed queen bee. Lauren has everything she’s ever wanted, and she has forgotten all about her ex-best friend.

But Helen could never forget Lauren. After three years of obsessing, she’s moving back to her old town. She has a new name and a new look, but she hasn’t dropped her old grudges. She has a detailed plan to bring down her former BFF by taking away everything that’s ever been important to Lauren—starting with her boyfriend.

Watch out, Lauren Wood. Things are about to get bitchy. 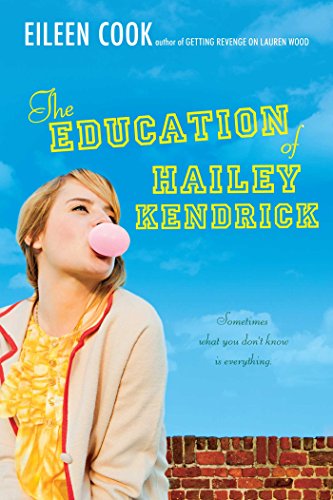 The Education of Hailey Kendrick

Hailey Kendrick has always done exactly what’s expected of her. She has the right friends, dates the right boy, gets good grades, and follows the rules. But one night, Hailey risks everything by breaking a very big rule in a very public way…and with a very unexpected partner in crime. Hailey gets caught, but her accomplice does not, and Hailey takes the fall for both of them. In the process, she loses everything–her best friend, her boyfriend, her popularity, her reputation. But some secrets are worth keeping, no matter the cost…or are they?

As first graders, Avery and Nora bonded over a special trait they shared—they were both adopted.

Years later, Avery is smart, popular, and on the cheerleading squad, while Nora spends her time on the fringes of school society, wearing black, reading esoteric poetry, and listening to obscure music. They never interact…until the night Nora approaches Avery at a party, saying it’s urgent. She tells Avery that she thought she found her birth mom—but it turned out to be a cruel lie. Avery feels for Nora, but returns to her friends at the party.

Then Avery learns that Nora overdosed on pills. Left to cope with Nora’s loss and questioning her own actions, Avery decides to honor her friend by launching a search for her own birth mother. Aided by Brody, a friend of Nora’s who is also looking for a way to respect Nora’s legacy, Avery embarks on an emotional quest. But what she’s really seeking might go far deeper than just genetics…

What Would Emma Do?

There is no greater sin than kissing your best friend’s boyfriend. So when Emma breaks that golden rule, she knows she’s messed up big-time…especially since she lives in the smallest town ever, where everyone knows everything about everyone else…and especially since she maybe kinda wants to do it again. Now her best friend isn’t speaking to her, her best guy friend is making things totally weird, and Emma is running full speed toward certain social disaster. This is so not the way senior year was supposed to go.
Time to pray for a minor miracle. Or maybe, just maybe, it’s time for Emma to stop trying to please everyone around her, and figure out what she wants for herself. 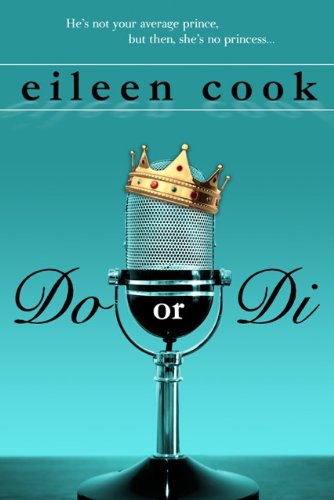 A laugh out loud romantic comedy, from the author of Unpredictable and Getting Revenge on Lauren Wood. Erin Callighan has given up on the idea of a fairy tale romance. Having dated her own version of the Seven Dwarves (including Grumpy and Sleepy), she’s letting go of the idea of Prince Charming and settling for Prince Good Enough. Erin’s focused on reaching her dream of having her own talk radio show, even if it means having to temporarily co-host with the annoying “Voice of Seattle”, Colin Stewart. To score points with her station manager, she agrees to be a part of the Positive Partnerships program that matches her with Diana, a troubled pre-teen who swears she’s channeling the spirit of the late Princess Diana. She’s supposed to be mentoring Diana, but the channeled princess has a lot to teach Erin about love and happily ever after endings.