Back in January, I put the author spotlight on Kieran Scott, and today, I’m putting it on her pseudonym: Kate Brian. Kate Brian was how I was introduced to Kieran Scott, and I think I prefer the Brian books. The Private Series (and it’s spin-off, Privilege) are still books I talk about and I also loved Megan Meade’s Guide to the McGowan Boys. Most of these books are older, so they should be cheap to get! I highly recommend.

Tradition, Honor, Excellence…and secrets so dark they’re almost invisible  Fifteen-year-old Reed Brennan wins a scholarship to Easton Academy — the golden ticket away from her pill-popping mother and run-of-the-mill suburban life. But when she arrives on the beautiful, tradition-steeped campus of Easton, everyone is just a bit more sophisticated, a bit more gorgeous, and a lot wealthier than she ever thought possible. Reed realizes that even though she has been accepted to Easton, Easton has not accepted her. She feels like she’s on the outside, looking in.  Until she meets the Billings Girls.  They are the most beautiful, intelligent, and intensely confident girls on campus. And they know it. They hold all the power in a world where power is fleeting but means everything. Reed vows to do whatever it takes to be accepted into their inner circle.  Reed uses every part of herself — the good, the bad, the beautiful — to get closer to the Billings Girls. She quickly discovers that inside their secret parties and mountains of attitude, hanging in their designer clothing-packed closets the Billings Girls have skeletons. And they’ll do anything to keep their secrets private.

Ariana Osgood ruled exclusive Easton Academy — until she was arrested. She’s spent the past two years at the Brenda T. Trumbull Correctional Facility for Women plotting her escape and is determined to get a second chance at the glamorous life she left behind. And Ariana will do anything to get her way….

Rory Miller had one chance to fight back and she took it.  Rory survived … and the serial killer who attacked her escaped. Now that the infamous Steven Nell is on the loose, Rory must enter the witness protection with her father and sister, Darcy, leaving their friends and family without so much as a goodbye.  Starting over in a new town with only each other is unimaginable for Rory and Darcy. They were inseparable as children, but now they can barely stand each other. As the sisters settle in to Juniper Landing, a picturesque vacation island, it seems like their new home may be just the fresh start they need. They fall in with a group of beautiful, carefree teens and spend their days surfing, partying on the beach, and hiking into endless sunsets. But just as they’re starting to feel safe again, one of their new friends goes missing. Is it a coincidence? Or is the nightmare beginning all over again? 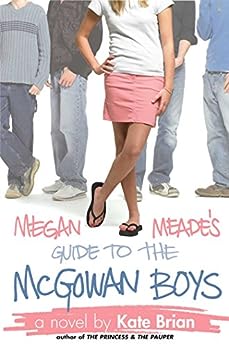 When she was nine, Megan Meade met a group of terrible, mean, Popsicle-goo-covered boys, the sons of her father’s friend — the McGowan boys. Now, seven years later, Megan’s army doctor parents are shipping off to Korea and Megan is being sent to live with the little monsters, who are older now and quite different than she remembered them. Living in a house with seven boys will give Megan, who has never even been kissed, the perfect opportunity to learn everything there is to know about boys. 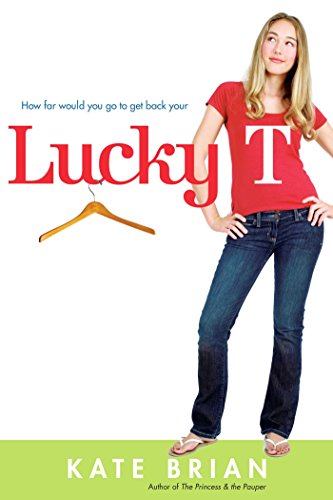 So far, Carrie Fitzgerald’s sixteen years have been pretty sweet. Straight A’s, an adorable boyfriend, a starting position on the varsity basketball team… But Carrie’s luck is about to, well, change.  Suddenly, her boyfriend dumps her (to “hang out with his friends”!), she and her best friend have a massive blowout, and she gets a D on a biology test. Carrie knows what’s wrong — her mom accidentally donated her lucky T-shirt to Help India. That one adorable, perfect T-shirt was the source of all her good fortune. So Carrie does what any girl would do: She’s going to India. Cross your fingers and hope that Carries finds adventure, love, and maybe just a little good luck along the way…. 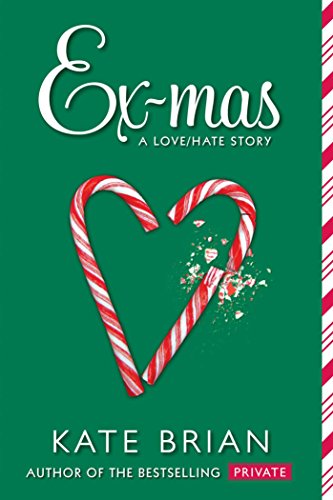 Seventeen-year-old Lila Beckwith’s parents just left for vacation, and Lila’s all set to throw the holiday party of the season. But when her Christmas-obsessed little brother, Cooper, discovers that global warming is melting the North Pole, he and his best friend, Tyler, take off on a runaway mission to save Santa.  Lila has to get Cooper safely home before her parents get back on Christmas Eve. But the only person who can help her is Tyler’s older brother, Beau — a.k.a. Lila’s musician, anti-everything ex-boyfriend. It’ll take more than a Christmas miracle for Lila and Beau to overcome their differences and find their fugitive brothers. But could a journey destined for disaster help these polar opposites fall in love…all over again? 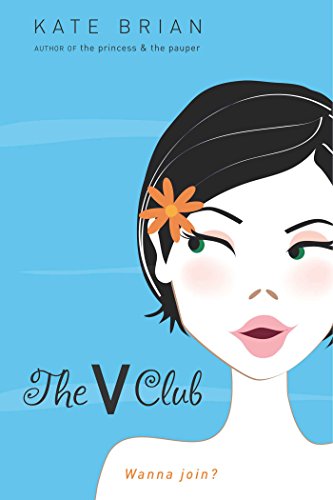 When Victoria A. Treemont, the most revered and reclusive woman in Ardsmore, Pennsylvania, passes away, she leaves behind a $160,000 scholarship fund that rocks the worlds of the students at Ardsmore High School. The successful candidate must “exemplify purity of soul, spirit, and body.” Everyone agrees that this caveat can mean only one thing: The recipient of the scholarship must still be holding on to the big V.
Welcome to the V Club — where members embrace abstinence, get off on civic duties, and heat up their chances to clinch the Treemont scholarship. What better way to prove purity than to pledge allegiance to the virginity flag? Besides, chastity belts are sooo 1300s.Kai, Mandy, Debbie, and Eva have put their futures on the line. But will their deepest insecurities and darkest secrets ruin their chances at the scholarship, or worse, their relationships? Or will they discover the true meaning behind Mrs. Treemont’s famous last words? 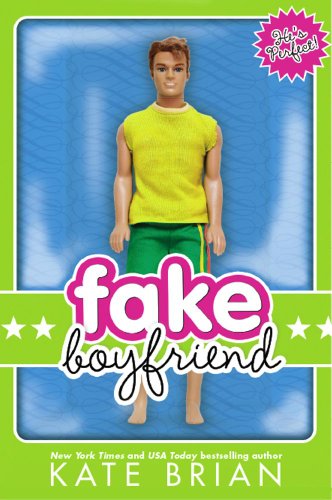 Lane and Vivi have had it with Isabelle Hunter’s boyfriend, Shawn Littig (a.k.a. Sluttig). He is the only person who can turn their smart, confident best friend into a complete mess. When Shawn Sluttig cheats on and dumps Izzy just months before the prom she’s been planning since the ninth grade, Lane and Vivi decide to take action. With a few quick keystrokes, they create a MySpace page for “Brandon,” the perfect guy to get Izzy out of her revolving-door relationship with Shawn. Too bad he’s totally fake. Vivi’s younger brother, Marshall, who they hire to be the “man” behind the profile, is way too into being Izzy’s fake boyfriend. So they turn to cute, prep-school Jonathan to be the face of Brandon. But when Vivi falls for Jonathan, and Sluttig tries to wedge his way back into Izzy’s prom picture, the whole plan starts to go south faster than you can say “fake boyfriend.” 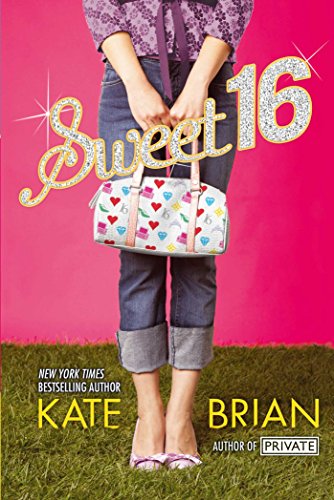 Teagan Phillips is obnoxiously rich, obnoxiously fashionable, and, this year, she’s obnoxiously turning sixteen. No one’s sweet sixteen party will be as glitzy, glamorous, decadent, and, well, obnoxious as Teagan’s sweet sixteen party. She might single-handedly take the sweet out of sweet sixteen.  In typical fashion, nothing is quite right for Teagan on the night of her sweet sixteen party. When a slew of unfortunate events unfold at what was supposed to be the sweet sixteen event of the century, she hits rock bottom, literally, by falling down the stairs into the wine cellar. When she comes to, a strange woman is standing over her. What happens next will bring Teagan back in time to when she was a sweet little girl with two parents, before her mother died and her father threw himself into his work.  She’ll be forced to face the choices she made that led her to be the person she is on her sixteenth birthday. And with the help of her fairy godmother (or whoever the heck the creepy woman in white is), this will be the sweetest of all sixteens.