Beloved YA author Ally Condie is back with a new book, the Last Voyage of the Poe Blythe, and I can’t wait to dive into it. In honor of it’s release, let’s look back at what else Ally Condie has written.

The Last Voyage of the Poe Blythe

There is something Poe Blythe, the seventeen-year-old captain of the Outpost’s last mining ship, wants far more than the gold they tear from the Serpentine River.  Revenge. Poe has vowed to annihilate the river raiders who robbed her of everything two years ago. But as she navigates the treacherous waters of the Serpentine and realizes there might be a traitor among her crew, she must also reckon with who she has become, who she wants to be, and the ways love can change and shape you. Even—and especially—when you think all is lost. 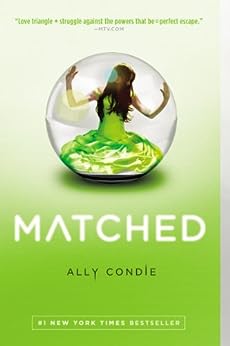 Cassia has always trusted the Society to make the right choices for her: what to read, what to watch, what to believe. So when Xander’s face appears on-screen at her Matching ceremony, Cassia knows with complete certainty that he is her ideal mate . . . until she sees Ky Markham’s face flash for an instant before the screen fades to black.The Society tells her it’s a glitch, a rare malfunction, and that she should focus on the happy life she’s destined to lead with Xander. But Cassia can’t stop thinking about Ky, and as they slowly fall in love, Cassia begins to doubt the Society’s infallibility and is faced with an impossible choice: between Xander and Ky, between the only life she’s known and a path that no one else has dared to follow.

Everyone in Timbers knows Still Cove is off-limits, with its creepy Beast sightings and equally terrifying legends. But when a bullying incident sends twelve-year-old Nico Holland over a cliff and into Still Cove’s icy waters, friends Tyler and Emma–and even Opal Walsh, who usually runs with the popular kids–rush to his rescue . . . and discover a mysterious island hiding in the murky, swirling mists below. Though the island appears uninhabited, the kids can’t shake a feeling that something about it is definitely not right. Their suspicions grow when they stumble upon an abandoned houseboat filled with all sorts of curiosities: odd-looking weapons, unnerving portraits, maps to unknown places, and a glass jar containing something completely unidentifiable. And in its lowest depths churns a dark, deep secret. As the group delves deeper into this mysterious new clubhouse, their lives begin to intertwine in weird and dangerous ways. For something ancient has awakened . . . and it can detect not only their wishes and dreams, but also their darkest, most terrible imaginings. Do they have what it takes to face the shadowy secrets lurking within their own hearts? 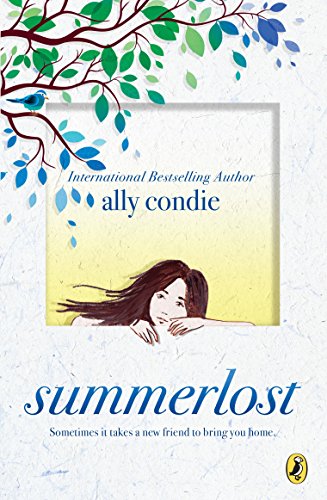 Sometimes it takes a new friend to bring you home. It’s the first real summer since the accident that killed Cedar’s father and younger brother, Ben. Cedar and what’s left of her family are returning to the town of Iron Creek for the summer. They’re just settling into their new house when a boy named Leo, dressed in costume, rides by on his bike. Intrigued, Cedar follows him to the renowned Summerlost theatre festival. Soon, she not only has a new friend in Leo and a job working concessions at the festival, she finds herself surrounded by mystery. The mystery of the tragic, too-short life of the Hollywood actress who haunts the halls of Summerlost. And the mystery of the strange gifts that keep appearing for Cedar.

For as long as she can remember, Rio has dreamt of the sand and sky Above—of life beyond her underwater city of Atlantia. But in a single moment, all her plans for the future are thwarted when her twin sister, Bay, makes an unexpected decision, stranding Rio Below. Alone, ripped away from the last person who knew Rio’s true self—and the powerful siren voice she has long hidden—she has nothing left to lose. Guided by a dangerous and unlikely mentor, Rio formulates a plan that leads to increasingly treacherous questions about her mother’s death, her own destiny, and the complex system constructed to govern the divide between land and sea. Her life and her city depend on Rio to listen to the voices of the past and to speak long-hidden truths.