One of the most hyped books of the month is Once & Future, a LGBTQ+ King Arthur retelling, and I can’t wait to dive into it!

Cori McCarthy is the author of four young adult books, including BREAKING SKY, which received multiple starred reviews and is in development to become a film by Sony Pictures, and a forthcoming nonfiction picture book. Cori is an Irish-Lebanese American who, like many of their characters, is a member of the LGBTQ+ community. After earning a BA in Creative Writing from Ohio University, they completed UCLA’s Professional Program in Screenwriting and earned an MFA in Writing for Children & Young Adults from Vermont College of Fine Arts. Cori lives in the mountains of Vermont with their partner and young son.

When Ari crash-lands on Old Earth and pulls a magic sword from its ancient resting place, she is revealed to be the newest reincarnation of King Arthur. Then she meets Merlin, who has aged backward over the centuries into a teenager, and together they must break the curse that keeps Arthur coming back. Their quest? Defeat the cruel, oppressive government and bring peace and equality to all humankind. 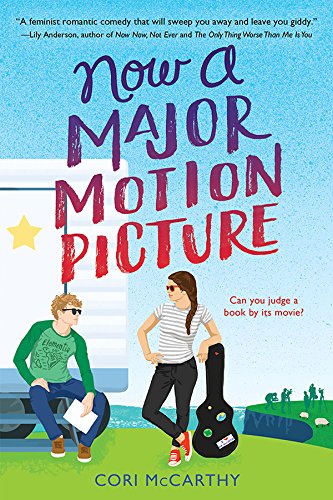 Iris Thorne wants to blaze her own path. That’s easier said than done when you’re the granddaughter of M. E. Thorne, famous author of the Elementia series, hailed as the feminist response to J. R. R. Tolkien’s Lord of the Rings. And with a major motion picture adaptation of her grandmother’s books in the works, Iris can say goodbye to her dream of making her own way in the music industry. So when Iris and her brother get invited to the film set in Ireland, she’s pretty sure the trip will be a nightmare. Except Iris can’t deny the rugged beauty of the Irish countryside. And brushing shoulders with the hot, young cast isn’t awful, especially the infuriatingly charming lead, Eamon O’Brien. Iris even finds the impassioned female director inspiring. But when the filming falls into jeopardy, everything Iris thought she knew about Elementia—and herself—is in question. Will making a film for the big screen help Iris to see the big picture?

Chase Harcourt, call sign “Nyx”, isn’t one to play it safe. America is locked in a cold war ― and the country’s best hope is the elite teen fighter pilots of the United Star Academy. Chase is one of only two daredevil pilots chosen to fly an experimental “Streaker” jet. But few know the pain and loneliness of her past. All anyone cares about is that Chase aces the upcoming Streaker trials, proving the prototype jet can knock the enemy out of the sky. But as the world tilts toward war, Chase cracks open a military secret. There’s a third Streaker, whose young hotshot pilot, Tristan, can match her on the ground and in the clouds. Chase doesn’t play well with others. But to save her country, she may just have to put her life in the hands of the competition.

Jaycee is about to accomplish what her older brother Jake couldn’t: live past graduation. Jaycee is dealing with her brother’s death the only way she can  by re-creating Jake’s daredevil stunts. The ones that got him killed. She’s not crazy, okay? She just doesn’t have a whole lot of respect for staying alive. Jaycee doesn’t expect to have help on her insane quest to remember Jake. But she’s joined by a group of unlikely friends  all with their own reasons for completing the dares and their own brand of dysfunction: the uptight, ex-best friend, the heartbroken poet, the slacker with Peter Pan syndrome, and… Mik. He doesn’t talk, but somehow still challenges Jayce to do the unthinkable-reveal the parts of herself that she buried with her brother. 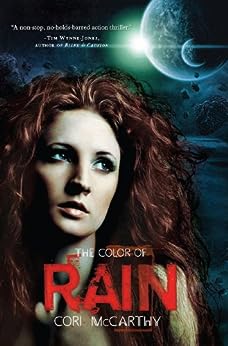 The Color of Rain

If there is one thing that seventeen-year-old Rain knows and knows well, it is survival. Caring for her little brother, Walker, who is “Touched,” and losing the rest of her family to the same disease, Rain has long had to fend for herself on the bleak, dangerous streets of Earth City. When she looks to the stars, Rain sees escape and the only possible cure for Walker. And when a darkly handsome and mysterious captain named Johnny offers her passage to the Edge, Rain immediately boards his spaceship. Her only price: her “willingness.” The Void cloaks many secrets, and Rain quickly discovers that Johnny’s ship serves as host for an underground slave trade for the Touched . . . and a prostitution ring for Johnny’s girls. With hair as red as the bracelet that indicates her status on the ship, the feeling of being a marked target is not helpful in Rain’s quest to escape. Even worse, Rain is unsure if she will be able to pay the costs of love, family, hope, and self-preservation.