This month, Rachel Hawkins is back with the follow-up novel in her Royals series (first book now renamed Prince Charming) and it’s perfect timing for a royal romp and read. I personally love books about royalty and especially ones that are funny and self-deprecating at times, so I really enjoyed Prince Charming! I can’t wait to read Her Royal Highness, but Hawkins has an impressive backlist too! 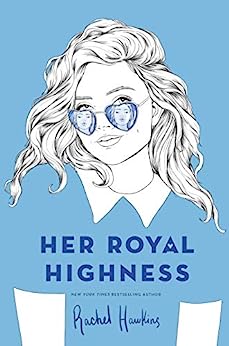 Millie Quint is devastated when she discovers that her sort-of-best friend/sort-of-girlfriend has been kissing someone else. Heartbroken and ready for a change of pace, Millie decides to apply for scholarships to boarding schools . . . the farther from Houston the better. Soon, Millie is accepted into one of the world’s most exclusive schools, located in the rolling highlands of Scotland. Here, the country is dreamy and green; the school is covered in ivy, and the students think her American-ness is adorable.  The only problem: Mille’s roommate Flora is a total princess.  She’s also an actual princess. Of Scotland.
At first, the girls can’t stand each other, but before Millie knows it, she has another sort-of-best-friend/sort-of-girlfriend. Princess Flora could be a new chapter in her love life, but Millie knows the chances of happily-ever-afters are slim . . . after all, real life isn’t a fairy tale . . . or is it? 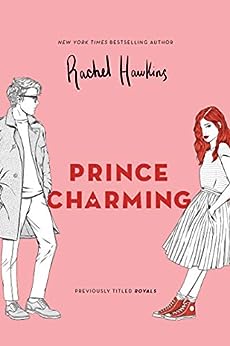 Meet Daisy Winters. She’s an offbeat sixteen-year-old Floridian with mermaid-red hair, a part time job at a bootleg Walmart, and a perfect older sister who’s nearly engaged to the Crown Prince of Scotland. Daisy has no desire to live in the spotlight, but relentless tabloid attention forces her join Ellie at the relative seclusion of the castle across the pond. While the dashing young Miles has been appointed to teach Daisy the ropes of being regal, the prince’s roguish younger brother kicks up scandal wherever he goes, and tries his best to take Daisy along for the ride. The crown–and the intriguing Miles–might be trying to make Daisy into a lady . . . but Daisy may just rewrite the royal rulebook to suit herself.

Three years ago, Sophie Mercer discovered that she was a witch. It’s gotten her into a few scrapes. Her non-gifted mother has been as supportive as possible, consulting Sophie’s estranged father—an elusive European warlock—only when necessary. But when Sophie attracts too much human attention for a prom-night spell gone horribly wrong, it’s her dad who decides her punishment: exile to Hex Hall, an isolated reform school for wayward Prodigium, a.k.a. witches, faeries, and shapeshifters. By the end of her first day among fellow freak-teens, Sophie has quite a scorecard: three powerful enemies who look like supermodels, a futile crush on a gorgeous warlock, a creepy tagalong ghost, and a new roommate who happens to be the most hated person and only vampire on campus. Worse, Sophie soon learns that a mysterious predator has been attacking students, and her only friend is the number-one suspect. 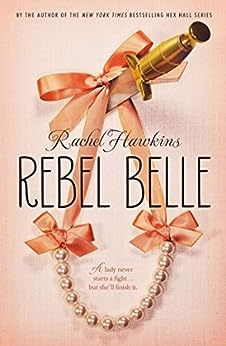 Harper Price, peerless Southern belle, was born ready for a Homecoming tiara. But after a strange run-in at the dance imbues her with incredible abilities, Harper’s destiny takes a turn for the seriously weird. She becomes a Paladin, one of an ancient line of guardians with agility, super strength and lethal fighting instincts. Just when life can’t get any more disastrously crazy, Harper finds out who she’s charged to protect: David Stark, school reporter, subject of a mysterious prophecy and possibly Harper’s leastfavorite person. But things get complicated when Harper starts falling for him–and discovers that David’s own fate could very well be to destroy Earth.

Ruby is bold and opinionated, while Olivia has always been respectful and well behaved. But Olivia’s good-girl image is tarnished when she takes the fall for her twin sister’s misdeed. And now Olivia is stuck with Ruby all summer—at a community service day camp for troublemakers.

To kick off the spirit of service, the campers are tasked with cataloging the contents of Live Oaks, a historic mansion in their town. Sorting through objects in an old house sounds boring, and working together is the last thing the girls want to do, but the stuff is actually kind of cool. There’s everything from mink stoles to golf clubs to antique dolls . . . and . . . wait . . . is that doll watching them?

It isn’t long until little tricks—like mysterious music playing, doors slamming, and shadows rising—start to spook the girls. They’d like to think the other campers are pranking them, but they soon realize that this empty mansion might not be uninhabited after all. To solve the mystery at Live Oaks, Ruby and Olivia will have to put their old grudges aside and figure out how to be a team.

The town of Journey’s End may not literally be at the end of the world, but it sure feels like it to Nolie Stanhope. While Nolie’s father came to Journey’s End to study the Boundary–a mysterious fog bank offshore–Bel’s family can’t afford to consider it a threat. The McKissick’s livelihood depends on the tourists drawn by legends of a curse. Still, whether you believe in magic or science, going into the Boundary means you’ll never come back.  …Unless you do. Albert Etheridge, a boy who disappeared into the Boundary in 1914, suddenly returns–without having aged a day and with no memory of the past hundred years. Then the Boundary starts creeping closer to the town, threatening to consume everyone within. Albert and the girls look for ways to stop the encroaching boundary, coming across an ancient Scottish spell that requires magic, a quest, and a sacrifice.