I discovered author Lauren Willig when her book The English Wife was selected as a Book of the Month Club pick and then she came to speak at the Yale Bookstore. We shared an alma mater, how fun. So I went to the talk, read the book, and am now lookign forward to her new book, The Summer Country. You’ll love Willig’s books if you love historical fiction!

Barbados, 1854: Emily Dawson has always been the poor cousin in a prosperous English merchant clan– merely a vicar’s daughter, and a reform-minded vicar’s daughter, at that. Everyone knows that the family’s lucrative shipping business will go to her cousin, Adam, one day.  But when her grandfather dies, Emily receives an unexpected inheritance: Peverills, a sugar plantation in Barbados—a plantation her grandfather never told anyone he owned.

When Emily accompanies her cousin and his new wife to Barbados, she finds Peverills a burnt-out shell, reduced to ruins in 1816, when a rising of enslaved people sent the island up in flames. Rumors swirl around the derelict plantation; people whisper of ghosts.

Why would her practical-minded grandfather leave her a property in ruins?  Why are the neighboring plantation owners, the Davenants, so eager to acquire Peverills? The answer lies in the past— a tangled history of lies, greed, clandestine love, heartbreaking betrayal, and a bold bid for freedom. 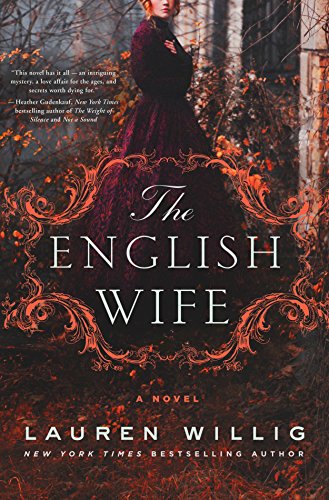 Annabelle and Bayard Van Duyvil live a charmed life in New York: he’s the scion of an old Knickerbocker family, she grew up in a Tudor manor in England, they had a whirlwind romance in London, they have three year old twins on whom they dote, and he’s recreated her family home on the banks of the Hudson and renamed it Illyria. Yes, there are rumors that she’s having an affair with the architect, but rumors are rumors and people will gossip. But then Bayard is found dead with a knife in his chest on the night of their Twelfth Night Ball, Annabelle goes missing, presumed drowned, and the papers go mad. Bay’s sister, Janie, forms an unlikely alliance with a reporter to uncover the truth, convinced that Bay would never have killed his wife, that it must be a third party, but the more she learns about her brother and his wife, the more everything she thought she knew about them starts to unravel. Who were her brother and his wife, really? And why did her brother die with the name George on his lips? 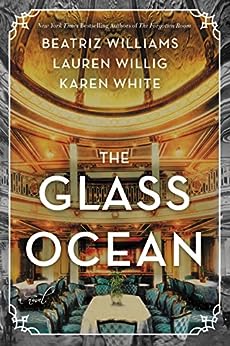 May 2013
Her finances are in dire straits and bestselling author Sarah Blake is struggling to find a big idea for her next book. Desperate, she breaks the one promise she made to her Alzheimer’s-stricken mother and opens an old chest that belonged to her great-grandfather, who died when the RMS Lusitania was sunk by a German U-Boat in 1915. What she discovers there could change history. Sarah embarks on an ambitious journey to England to enlist the help of John Langford, a recently disgraced Member of Parliament whose family archives might contain the only key to the long-ago catastrophe. . . .

April 1915
Southern belle Caroline Telfair Hochstetter’s marriage is in crisis. Her formerly attentive industrialist husband, Gilbert, has become remote, pre-occupied with business . . . and something else that she can’t quite put a finger on. She’s hoping a trip to London in Lusitania’s lavish first-class accommodations will help them reconnect—but she can’t ignore the spark she feels for her old friend, Robert Langford, who turns out to be on the same voyage. Feeling restless and longing for a different existence, Caroline is determined to stop being a bystander, and take charge of her own life. . . .

Tessa Fairweather is traveling second-class on the Lusitania, returning home to Devon. Or at least, that’s her story. Tessa has never left the United States and her English accent is a hasty fake. She’s really Tennessee Schaff, the daughter of a roving con man, and she can steal and forge just about anything. But she’s had enough. Her partner has promised that if they can pull off this one last heist aboard the Lusitania, they’ll finally leave the game behind. Tess desperately wants to believe that, but Tess has the uneasy feeling there’s something about this job that isn’t as it seems. . . . 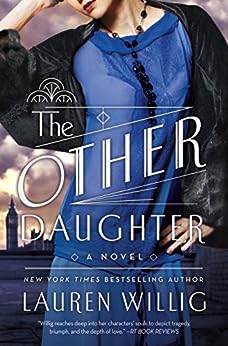 Raised in a poor yet genteel household, Rachel Woodley is working in France as a governess when she receives news that her mother has died suddenly. Grief-stricken, she returns to the small town in England where she was raised to clear out the cottage…and finds a cutting from a London society magazine, with a photograph of her supposedly deceased father dated all of three months before. He’s an earl, respected and influential, and he is standing with another daughter — his legitimate daughter. Which makes Rachel…not legitimate. Everything she thought she knew about herself and her past — even her very name — is a lie.

Still reeling from the death of her mother, and furious at this betrayal, Rachel sets herself up in London under a new identity. There she insinuates herself into the party-going crowd of Bright Young Things, with a steely determination to unveil her father’s perfidy and bring his — and her half-sister’s — charmed world crashing down. Very soon, however, Rachel faces two unexpected snags: she finds that she genuinely likes her half-sister, Olivia, whose situation isn’t as simple it appears; and that she might just be falling for her sister’s fiancé… 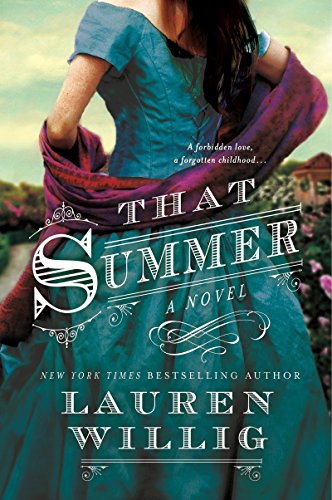 2009: When Julia Conley hears that she has inherited a house outside London from an unknown great-aunt, she assumes it’s a joke. She hasn’t been back to England since the car crash that killed her mother when she was six, an event she remembers only in her nightmares. But when she arrives at Herne Hill to sort through the house—with the help of her cousin Natasha and sexy antiques dealer Nicholas—bits of memory start coming back. And then she discovers a pre-Raphaelite painting, hidden behind the false back of an old wardrobe, and a window onto the house’s shrouded history begins to open…

1849: Imogen Grantham has spent nearly a decade trapped in a loveless marriage to a much older man, Arthur. The one bright spot in her life is her step-daughter, Evie, a high-spirited sixteen year old who is the closest thing to a child Imogen hopes to have. But everything changes when three young painters come to see Arthur’s collection of medieval artifacts, including Gavin Thorne, a quiet man with the unsettling ability to read Imogen better than anyone ever has. When Arthur hires Gavin to paint her portrait, none of them can guess what the hands of fate have set in motion. 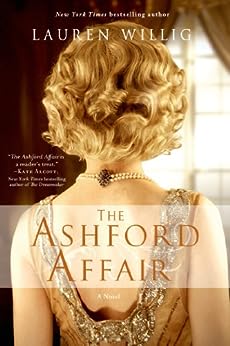 As a lawyer in a large Manhattan firm, just shy of making partner, Clementine Evans has finally achieved almost everything she’s been working towards—but now she’s not sure it’s enough. Her long hours have led to a broken engagement and, suddenly single at thirty-four, she feels her messy life crumbling around her. But when the family gathers for her grandmother Addie’s ninety-ninth birthday, a relative lets slip hints about a long-buried family secret, leading Clemmie on a journey into the past that could change everything. . . .

Growing up at Ashford Park in the early twentieth century, Addie has never quite belonged. When her parents passed away, she was taken into the grand English house by her aristocratic aunt and uncle, and raised side-by-side with her beautiful and outgoing cousin, Bea. Though they are as different as night and day, Addie and Bea are closer than sisters, through relationships and challenges, and a war that changes the face of Europe irrevocably. But what happens when something finally comes along that can’t be shared? When the love of sisterhood is tested by a bond that’s even stronger? 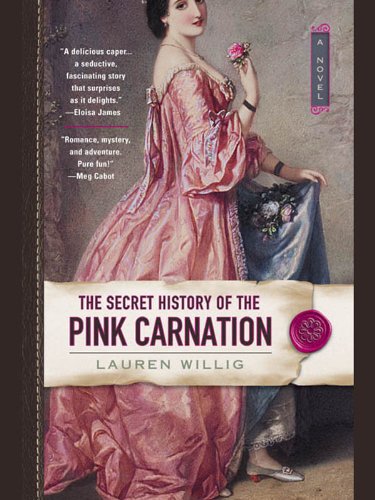 Realizing romantic heroes are a thing of the past, graduate student Eloise Kelly is determined to focus on her work. Her first stop: England, to finish her dissertation on the English spies of the Napoleonic Wars, like the Scarlet Pimpernel and the Purple Gentian.

But her greatest conquest is to reveal the most elusive spy of them all, the dashing Pink Carnation. As she does, she discovers something for the history books-a living, breathing hero all her very own… 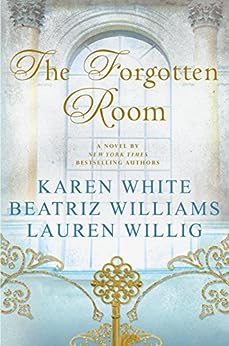 1945: When critically wounded Captain Cooper Ravenel is brought to a private hospital on Manhattan’s Upper East Side, young Dr. Kate Schuyler is drawn into a complex mystery that connects three generations of women in her family to a single extraordinary room in a Gilded Age mansion.

Who is the woman in Captain Ravenel’s miniature portrait who looks so much like Kate? And why is she wearing the ruby pendant handed down to Kate by her mother? In their pursuit of answers, they find themselves drawn into the turbulent stories of Olive Van Alan, driven in the Gilded Age from riches to rags, who hired out as a servant in the very house her father designed, and Lucy Young, who in the Jazz Age came from Brooklyn to Manhattan seeking the father she had never known. But are Kate and Cooper ready for the secrets that will be revealed in the Forgotten Room? 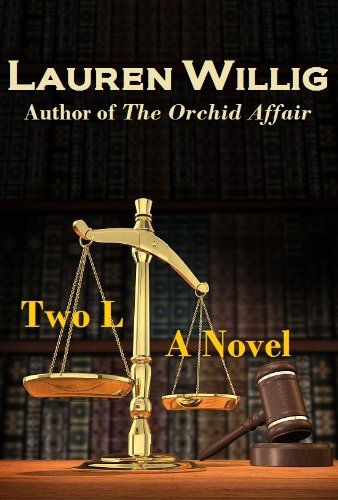 Something is rotten at Harvard Law. As the frat boys take over the Law Review and the law school sorority, the Veritarts, bring hems to a new high and grades to a new low, the Dean is very strangely gone, leaving in charge one Arthur Agnelli, a scholar of unimpeachable reputation. When a popular lecturer is accused of having an affair with one of his students, 2L Megan Milner reluctantly agrees to try to intercede with Agnelli. But is Agnelli really what he seems? And will the Dean return before the free coffee runs out?

In this tongue-in-cheek satire, Shakespeare’s “Measure for Measure” is transposed to the campus of Harvard Law.