I discovered Naomi Alderman when her most recent book, The Power, shook everyone. It was highly talked about, blurbed by Margaret Atwood, like, wow. So I had to read it, and it was fascinating, and now I want you all to enjoy the other books she’s written!

In THE POWER, the world is a recognizable place: there’s a rich Nigerian boy who lounges around the family pool; a foster kid whose religious parents hide their true nature; an ambitious American politician; a tough London girl from a tricky family. But then a vital new force takes root and flourishes, causing their lives to converge with devastating effect. Teenage girls now have immense physical power–they can cause agonizing pain and even death. And, with this small twist of nature, the world drastically resets. 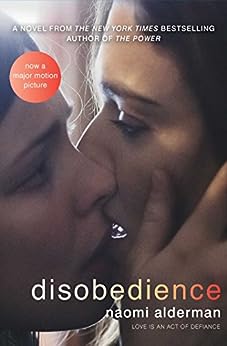 When a young photographer living in New York learns that her estranged father, a well-respected rabbi, has died, she can no longer run away from the truth, and soon sets out for the Orthodox Jewish community in London where she grew up.

Back for the first time in years, Ronit can feel the disapproving eyes of the community. Especially those of her beloved cousin, Dovid, her father’s favorite student and now an admired rabbi himself, and Esti, who was once her only ally in youthful rebelliousness. Now Esti is married to Dovid, and Ronit is shocked by how different they both seem, and how much greater the gulf between them is.

But when old flames reignite and the shocking truth about Ronit and Esti’s relationship is revealed, the past and present converge in this award-winning and critically acclaimed novel about the universality of love and faith, and the strength and sacrifice it takes to fight for what you believe in—even when it means disobedience. 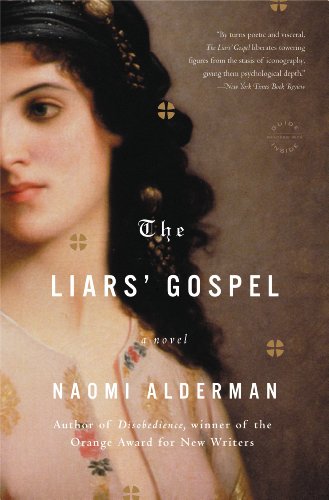 This is the story of Yehoshuah, who wandered Roman-occupied Judea giving sermons and healing the sick. Now, a year after his death, four people tell their stories. His mother grieves, his friend Iehuda loses his faith, the High Priest of the Temple tries to keep the peace, and a rebel named Bar-Avo strives to bring that peace tumbling down.

It was a time of political power-play and brutal tyranny. Men and women took to the streets to protest. Dictators put them down with iron force. In the midst of it all, one inconsequential preacher died. And either something miraculous happened, or someone lied. 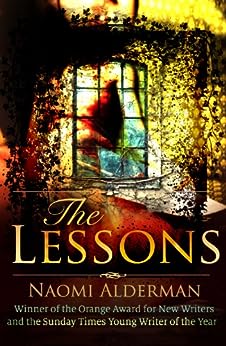 Hidden away in an Oxford back street is a crumbling Georgian mansion, unknown to any but the few who possess a key. Its owner is the mercurial, charismatic Mark Winters, whose rackety trust-fund upbringing has left him as troubled and unpredictable as he is wildly promiscuous. Mark gathers around him an impressionable group of students: glamorous Emmanuella, who always has a new boyfriend in tow; Franny and Simon, best friends and occasional lovers; musician Jess, whose calm exterior hides passionate depths. And James, already damaged by Oxford and looking for a group to belong to. For a time they live in a charmed world of learning and parties and love affairs. But university is no grounding for adult life, and when, years later, tragedy strikes they are entirely unprepared. 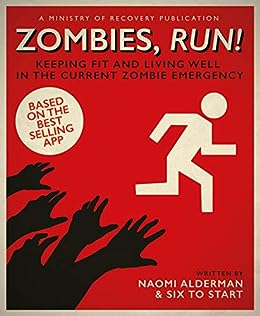 The zombie apocalypse is here. We have all lost a lot, but we are surviving. Together we will overcome the outbreak but we need every man, women and child to do their bit. This is an informational guide to help you stay fit and healthy in both body and mind during the crisis. It includes:

– Indoor activities that build the strength, stamina and flexibility you need to survive contact with the zombie hordes
– Expertly-designed running, cycling and swimming programmes to build up your distance safely when venturing out for supplies
– Advice on nutritious meals when resources are sparse and treats need to be rationed
– Tips on building and maintaining a community and remaining fit of mind when humanity is pushed to the brink

The advice within the pages of ZOMBIES, RUN! will prove the difference between life and death in the coming days, weeks and months. Humans are wondrous beings; this is not the end of us.

Twelve wonderful tales of adventure, science, magic, monsters and time travel – featuring all twelve Doctors – are waiting for you in this very special Doctor Who book.

And now they’re joined by a very exciting, and very exclusive, new tale written by Naomi Alderman that will star the Thirteenth Doctor, as she battles to save the universe with her three close and trusted friends.