One of the most talked about YA authors in recent years has been Rainbow Rowell, best known for Eleanor & Park and Fangirl. While Fangirl is a pretty good book, I didn’t particularly enjoy Eleanor & Park, and I almost moved on to another author, but then I discovered Rowell’s books for adults. She’s a lot more prolific of an author than the YA community gives her credit for, and no matter your preferences, if you love contemporary (and a little fantasy for Carry On) Rainbow Rowell has a book for you. Take a look at her complete works below! 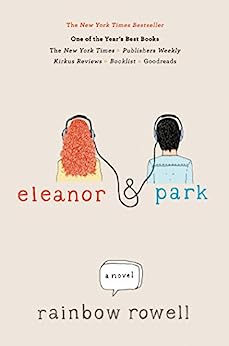 Set over the course of one school year in 1986, this is the story of two star-crossed misfits-smart enough to know that first love almost never lasts, but brave and desperate enough to try. When Eleanor meets Park, you’ll remember your own first love-and just how hard it pulled you under. 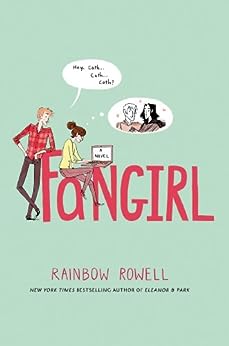 In Rainbow Rowell’s Fangirl, Cath is a Simon Snow fan. Okay, the whole world is a Simon Snow fan, but for Cath, being a fan is her life-and she’s really good at it. She and her twin sister, Wren, ensconced themselves in the Simon Snow series when they were just kids; it’s what got them through their mother leaving. Reading. Rereading. Hanging out in Simon Snow forums, writing Simon Snow fan fiction, dressing up like the characters for every movie premiere.Cath’s sister has mostly grown away from fandom, but Cath can’t let go. She doesn’t want to. Now that they’re going to college, Wren has told Cath she doesn’t want to be roommates. Cath is on her own, completely outside of her comfort zone. She’s got a surly roommate with a charming, always-around boyfriend, a fiction-writing professor who thinks fan fiction is the end of the civilized world, a handsome classmate who only wants to talk about words . . . And she can’t stop worrying about her dad, who’s loving and fragile and has never really been alone. For Cath, the question is: Can she do this? Can she make it without Wren holding her hand? Is she ready to start living her own life? And does she even want to move on if it means leaving Simon Snow behind? 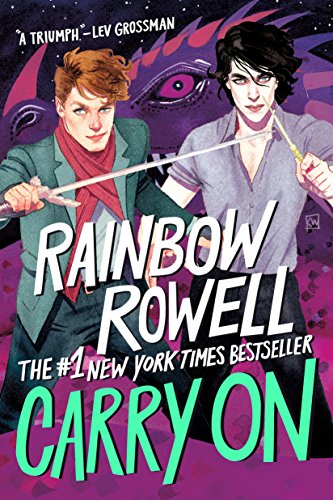 Simon Snow is the worst Chosen One who’s ever been chosen. That’s what his roommate, Baz, says. And Baz might be evil and a vampire and a complete git, but he’s probably right. Half the time, Simon can’t even make his wand work, and the other half, he starts something on fire. His mentor’s avoiding him, his girlfriend broke up with him, and there’s a magic-eating monster running around, wearing Simon’s face. Baz would be having a field day with all this, if he were here — it’s their last year at the Watford School of Magicks, and Simon’s infuriating nemesis didn’t even bother to show up. Carry On – The Rise and Fall of Simon Snow is a ghost story, a love story and a mystery. It has just as much kissing and talking as you’d expect from a Rainbow Rowell story – but far, far more monsters. 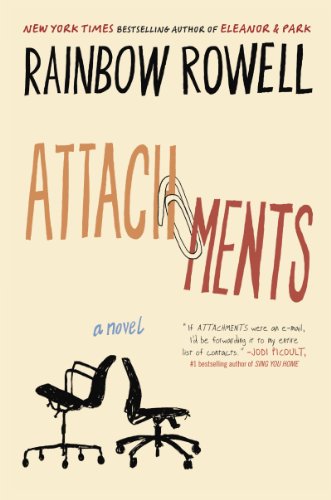 Beth Fremont and Jennifer Scribner-Snyder know that somebody is monitoring their work e-mail. (Everybody in the newsroom knows. It’s company policy.) But they can’t quite bring themselves to take it seriously. They go on sending each other endless and endlessly hilarious e-mails, discussing every aspect of their personal lives. Meanwhile, Lincoln O’Neill can’t believe this is his job now- reading other people’s e-mail. When he applied to be “internet security officer,” he pictured himself building firewalls and crushing hackers- not writing up a report every time a sports reporter forwards a dirty joke. When Lincoln comes across Beth’s and Jennifer’s messages, he knows he should turn them in. But he can’t help being entertained-and captivated-by their stories. By the time Lincoln realizes he’s falling for Beth, it’s way too late to introduce himself. What would he say . . . ? 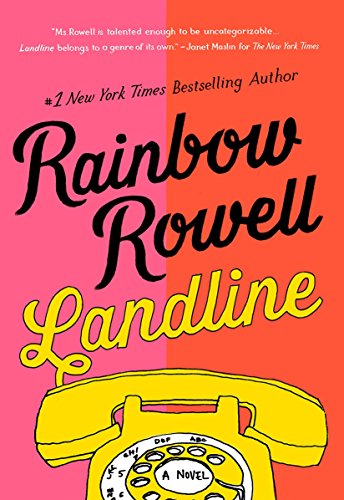 Georgie McCool knows her marriage is in trouble. That it’s been in trouble for a long time. She still loves her husband, Neal, and Neal still loves her, deeply-but that almost seems beside the point now. Maybe that was always beside the point. Two days before they’re supposed to visit Neal’s family in Omaha for Christmas, Georgie tells Neal that she can’t go. She’s a TV writer, and something’s come up on her show; she has to stay in Los Angeles. She knows that Neal will be upset with her-Neal is always a little upset with Georgie-but she doesn’t expect to him to pack up the kids and go without her. When her husband and the kids leave for the airport, Georgie wonders if she’s finally done it. If she’s ruined everything. That night, Georgie discovers a way to communicate with Neal in the past. It’s not time travel, not exactly, but she feels like she’s been given an opportunity to fix her marriage before it starts. . . . 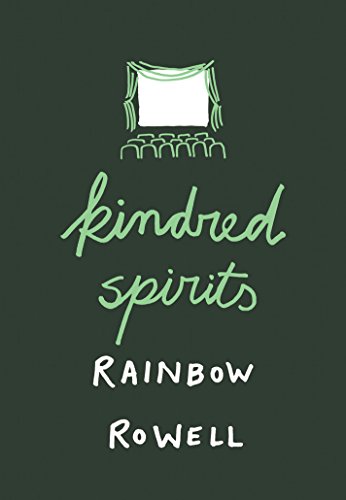 When Elena decided to camp out for the next Star Wars movie, she was expecting a celebration, a communion — a line full of people who love Star Wars so much, they have to share it.  She wasn’t expecting this:  a freezing sidewalk, nowhere to pee, and three nights stuck with a boy who decided not to like her before they even met. It’s enough to make a girl leave the line…But Elena came here for Star Wars, and it will take more than bad weather and a dumb boy to squash her spirits.

Almost Midnight by Rainbow Rowell is a beautiful gift edition containing two wintery short stories, decorated throughout for the first time with gorgeous black and white illustrations by Simini Blocker. Midnights is the story of Noel and Mags, who meet at the same New Year’s Eve party every year and fall a little more in love each time . . . Kindred Spirits is about Elena, who decides to queue to see the new Star Wars movie and meets Gabe, a fellow fan. Midnights was previously published as part of the My True Love Gave to Me anthology, edited by Stephanie Perkins and Kindred Spirits was previously published as a World Book Day title.