If you loved Gone Girl, Emma in the Night, Final Girls, or any female driven suspense thriller in the past five years, you’re going to love Gilly Macmillan. She was born in England, lived in California, and is now a full-time author and mother. Check out the three books she has already published and stay tuned for her fourth book coming out this fall! 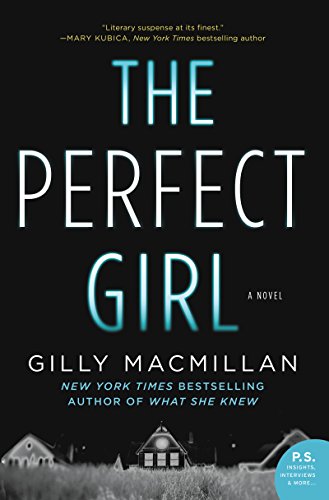 Zoe Maisey is a seventeen-year-old musical prodigy with a genius IQ. Three years ago, she was involved in a tragic incident that left three classmates dead. She served her time, and now her mother, Maria, is resolved to keep that devastating fact tucked far away from their new beginning, hiding the past even from her new husband and demanding Zoe do the same. Tonight Zoe is giving a recital that Maria has been planning for months. It needs to be the performance of her life. But instead, by the end of the evening, Maria is dead. In the aftermath, everyone—police, family, Zoe’s former solicitor, and Zoe herself—tries to piece together what happened. But as Zoe knows all too well, the truth is rarely straightforward, and the closer we are to someone, the less we may see. 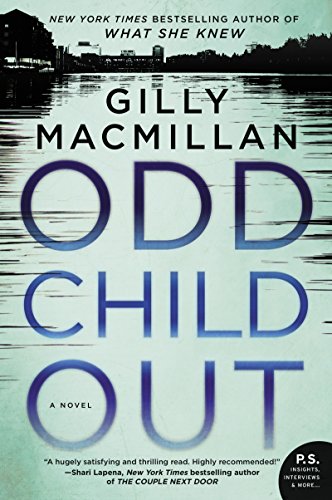 Best friends Noah Sadler and Abdi Mahad have always been inseparable. But when Noah is found floating unconscious in Bristol’s Feeder Canal, Abdi can’t–or won’t–tell anyone what happened.Just back from a mandatory leave following his last case, Detective Jim Clemo is now assigned to look into this unfortunate accident. But tragedy strikes and what looked like the simple case of a prank gone wrong soon ignites into a public battle. Noah is British. Abdi is a Somali refugee. And social tensions have been rising rapidly in Bristol. Against this background of fear and fury two families fight for their sons and for the truth. Neither of them know how far they will have to go, what demons they will have to face, what pain they will have to suffer. Because the truth hurts. 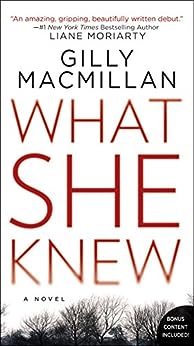 In a heartbeat, everything changes… Rachel Jenner is walking in a Bristol park with her eight-year-old son, Ben, when he asks if he can run ahead. It’s an ordinary request on an ordinary Sunday afternoon, and Rachel has no reason to worry—until Ben vanishes. Police are called, search parties go out, and Rachel, already insecure after her recent divorce, feels herself coming undone. As hours and then days pass without a sign of Ben, everyone who knew him is called into question, from Rachel’s newly married ex-husband to her mother-of-the-year sister. Inevitably, media attention focuses on Rachel too, and the public’s attitude toward her begins to shift from sympathy to suspicion. As she desperately pieces together the threadbare clues, Rachel realizes that nothing is quite as she imagined it to be, not even her own judgment. And the greatest dangers may lie not in the anonymous strangers of every parent’s nightmares, but behind the familiar smiles of those she trusts the most. Where is Ben? The clock is ticking…

Twenty years ago, eleven-year-olds Charlie Page and Scott Ashby were murdered in the city of Bristol, their bodies dumped near a dog racing track. A man was convicted of the brutal crime, but decades later, questions still linger. For his whole life, filmmaker Cody Swift has been haunted by the deaths of his childhood best friends. The loose ends of the police investigation consume him so much that he decides to return to Bristol in search of answers. Hoping to uncover new evidence, and to encourage those who may be keeping long-buried secrets to speak up, Cody starts a podcast to record his findings. But there are many people who don’t want the case—along with old wounds—reopened so many years after the tragedy, especially Charlie’s mother, Jess, who decides to take matters into her own hands. When a long-dead body is found in the same location the boys were left decades before, the disturbing discovery launches another murder investigation. Now Detective John Fletcher, the investigator on the original case, must reopen his dusty files and decide if the two murders are linked. With his career in jeopardy, the clock is ticking and lives are in jeopardy…

And if you like Gilly Macmillan, check out these authors: Ruth Ware, Gillian Flynn, Megan Miranda, Jessica Knoll, and Wendy Walker.