Her new novel, When We Caught Fire, is out this fall, but before you fall in love with Godbersen’s new character, check out the stories and characters that made her a beloved historical fiction author for teens and young adults. I remember devouring the Luxe series and then the Bright Young Thing series and always wanting more, so I’m so glad to see her coming out with a new book this September! When We Caught Fire

It’s 1871, and Emmeline Carter is poised to take Chicago’s high society by storm. Between her father’s sudden rise to wealth and her recent engagement to Chicago’s most eligible bachelor, Emmeline has it all. But she can’t stop thinking about the life she left behind, including her childhood sweetheart, Anders Magnuson. Fiona Byrne, Emmeline’s childhood best friend, is delighted by her friend’s sudden rise to prominence, especially since it means Fiona is free to pursue Anders herself. But when Emmeline risks everything for one final fling with Anders, Fiona feels completely betrayed. As the summer turns to fall, the city is at a tipping point: friendships are tested, hearts are broken, and the tiniest spark might set everything ablaze.

In a world of luxury and deception, where appearance matters above everything and breaking the social code means running the risk of being ostracized forever, five teenagers lead dangerously scandalous lives. This thrilling trip to the age of innocence is anything but innocent. Beautiful sisters Elizabeth and Diana Holland rule Manhattan’s social scene in 1899. Or so it appears. When the girls discover their status among New York City’s elite is far from secure, suddenly everyone—from the backstabbing socialite Penelope Hayes to the debonair bachelor Henry Schoonmaker to the spiteful maid Lina Broud—threatens Elizabeth’s and Diana’s golden future. With the fate of the Hollands resting on her shoulders, Elizabeth must choose between family duty and true love. But when her carriage overturns near the East River, the girl whose glittering life lit up the city’s gossip pages is swallowed by the rough current. As all of New York grieves, some begin to wonder whether life at the top proved too much for this ethereal beauty, or if, perhaps, someone wanted to see Manhattan’s most celebrated daughter disappear.. 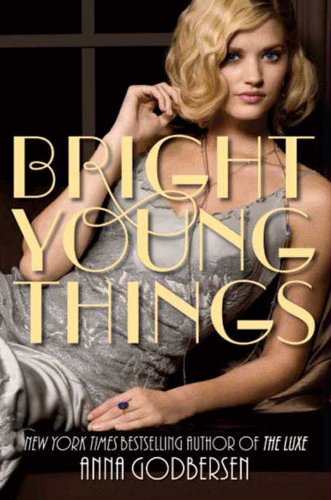 The year is 1929.  Letty Larkspur and Cordelia Grey escaped their small Midwestern town for New York’s glittering metropolis. All Letty wants is to see her name in lights, but she quickly discovers Manhattan is filled with pretty girls who will do anything to be a star. . . . Cordelia is searching for the father she’s never known, a man as infamous for his wild parties as he is for his shadowy schemes. Overnight, she enters a world more thrilling and glamorous than she ever could have imagined—and more dangerous. It’s a life anyone would kill for . . . and someone will. The only person Cordelia can trust is ­Astrid Donal, a flapper who seems to have it all: money, looks, and the love of Cordelia’s brother, Charlie. But Astrid’s perfect veneer hides a score of family secrets. Across the vast lawns of Long Island, in the ­illicit speakeasies of Manhattan, and on the blindingly lit stages of Broadway, the three girls’ fortunes will rise and fall—together and apart

In 1947, a young, unknown Norma Jeane Baker meets a mysterious man in Los Angeles who transforms her into Marilyn Monroe, the star. Twelve years later he comes back for his repayment, and Marilyn is given her first assignment from the KGB: uncover something about JFK that no one else knows. But a simple job turns complicated when Marilyn falls in love with the bright young President, and learns of plans to assassinate Kennedy. More than anything, Marilyn wants to escape her Soviet handlers and save her love—and herself. Desperate, ruthless and brilliant, what she does next will leave readers reeling.