Podcasts are such a growing phenomenon and I love them. I can’t get enough, but I still love reading. Luckily, there are some great books with direct podcast tie-ins, either by the hosts or about the story associated with the podcasts. Check them out! 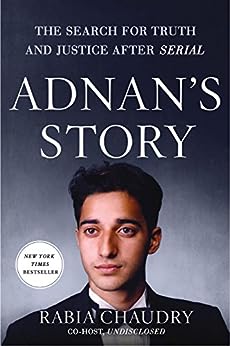 If you listened to Serial or Undisclosed

In early 2000, Adnan Syed was convicted and sentenced to life plus thirty years for the murder of his ex-girlfriend Hae Min Lee, a high school senior in Baltimore, Maryland. Syed has maintained his innocence, and Rabia Chaudry, a family friend, has always believed him. By 2013, after almost all appeals had been exhausted, Rabia contacted Sarah Koenig, a producer at This American Life, in hopes of finding a journalist who could shed light on Adnan’s story. In 2014, Koenig’s investigation turned into Serial, a Peabody Award-winning podcast with more than 500 million international listeners But Serial did not tell the whole story. In this compelling narrative, Rabia Chaudry presents new key evidence that she maintains dismantles the State’s case: a potential new suspect, forensics indicating Hae was killed and kept somewhere for almost half a day, and documentation withheld by the State that destroys the cell phone evidence — among many other points — and she shows how fans of Serial joined a crowd-sourced investigation into a case riddled with errors and strange twists. Adnan’s Story also shares Adnan’s life in prison, and weaves in his personal reflections, including never-before-seen letters. Chaudry, who is committed to exonerating Adnan, makes it clear that justice is yet to be achieved in this much examined case. 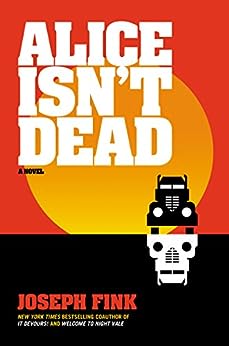 If you listened to Alice Isn’t Dead

Keisha Taylor lived a quiet life with her wife, Alice, until the day that Alice disappeared. After months of searching, presuming she was dead, Keisha held a funeral, mourned, and gradually tried to get on with her life. But that was before Keisha started to see her wife, again and again, in the background of news reports from all over America. Alice isn’t dead, and she is showing up at every major tragedy and accident in the country. Following a line of clues, Keisha takes a job with a trucking company, Bay and Creek Transportation, and begins searching for Alice. She eventually stumbles on an otherworldly conflict being waged in the quiet corners of our nation’s highway system—uncovering a conspiracy that goes way beyond one missing woman. Why did Alice disappear? What does she have to do with this secret war between inhuman killers? Why did the chicken cross the road? These questions, and many more will be answered in Alice Isn’t Dead. 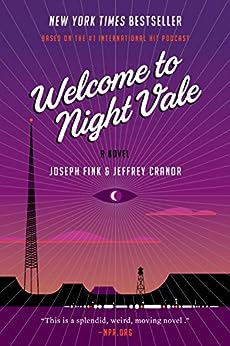 Welcome to Night Vale and It Devours!

If you listened to Welcome to Night Vale

Located in a nameless desert somewhere in the great American Southwest, Night Vale is a small town where ghosts, angels, aliens, and government conspiracies are all commonplace parts of everyday life. It is here that the lives of two women, with two mysteries, will converge. Nineteen-year-old Night Vale pawn shop owner Jackie Fierro is given a paper marked “KING CITY” by a mysterious man in a tan jacket holding a deer skin suitcase. Everything about him and his paper unsettles her, especially the fact that she can’t seem to get the paper to leave her hand, and that no one who meets this man can remember anything about him. Jackie is determined to uncover the mystery of King City and the man in the tan jacket before she herself unravels. Night Vale PTA treasurer Diane Crayton’s son, Josh, is moody and also a shape shifter. And lately Diane’s started to see her son’s father everywhere she goes, looking the same as the day he left years earlier, when they were both teenagers. Josh, looking different every time Diane sees him, shows a stronger and stronger interest in his estranged father, leading to a disaster Diane can see coming, even as she is helpless to prevent it. Diane’s search to reconnect with her son and Jackie’s search for her former routine life collide as they find themselves coming back to two words: “KING CITY”. It is King City that holds the key to both of their mysteries, and their futures…if they can ever find it. 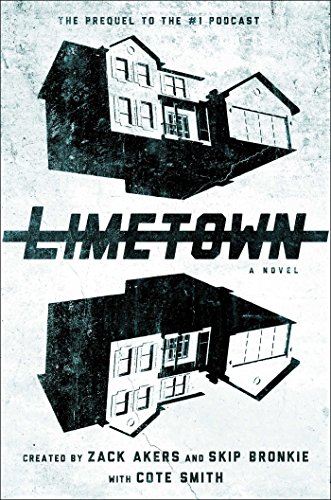 If you listened to Limetown

On a seemingly ordinary day, seventeen-year-old Lia Haddock hears news that will change her life forever: three hundred men, women, and children living at a research facility in Limetown, Tennessee, have disappeared without a trace. Among the missing is Emile Haddock, Lia’s uncle.  What happened to the people of Limetown? It’s all anyone can talk about. Except Lia’s parents, who refuse to discuss what might have happened there. They refuse, even, to discuss anything to do with Emile. As a student journalist, Lia begins an investigation that will take her far from her home, discovering clues about Emile’s past that lead to a shocking secret—one with unimaginable implications not only for the people of Limetown, but for Lia and her family. The only problem is…she’s not the only one looking for answers. 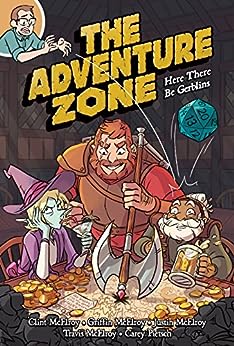 The Adventure Zone: Here There Be Gerblins

If you listened to The Adventure Zone

Join Taako the elf wizard, Merle the dwarf cleric, and Magnus the human warrior for an adventure they are poorly equipped to handle AT BEST, guided (“guided”) by their snarky DM, in a graphic novel that, like the smash-hit podcast it’s based on, will tickle your funny bone, tug your heartstrings, and probably pants you if you give it half a chance. With endearingly off-kilter storytelling from master goofballs Clint McElroy and the McElroy brothers, and vivid, adorable art by Carey Pietsch, The Adventure Zone: Here There be Gerblins is the comics equivalent of role-playing in your friend’s basement at 2am, eating Cheetos and laughing your ass off as she rolls critical failure after critical failure. 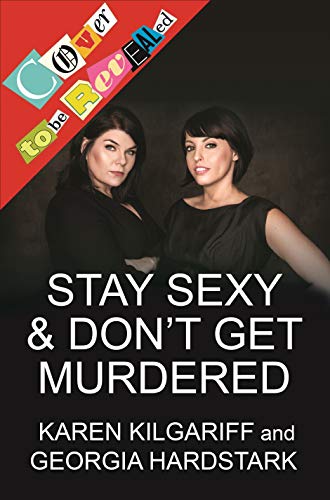 If you listened to My Favorite Murder

Sharing never-before-heard stories ranging from their struggles with depression, eating disorders, and addiction, Karen and Georgia irreverently recount their biggest mistakes and deepest fears, reflecting on the formative life events that shaped them into two of the most followed voices in the nation. In Stay Sexy & Don’t Get Murdered, Karen and Georgia focus on the importance of self-advocating and valuing personal safety over being ‘nice’ or ‘helpful.’ They delve into their own pasts, true crime stories, and beyond to discuss meaningful cultural and societal issues with fierce empathy and unapologetic frankness. 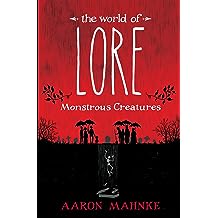 The World of Lore series

If you listened to Lore

They live in shadows—deep in the forest, late in the night, in the dark recesses of our minds. They’re spoken of in stories and superstitions, relics of an unenlightened age, old wives’ tales, passed down through generations. Yet no matter how wary and jaded we have become, as individuals or as a society, a part of us remains vulnerable to them: werewolves and wendigos, poltergeists and vampires, angry elves and vengeful spirits. In this beautifully illustrated volume, the host of the hit podcast Lore serves as a guide on a fascinating  journey through the history of these terrifying creatures, exploring not only the legends but what they tell us about ourselves. Aaron Mahnke invites us to the desolate Pine Barrens of New Jersey, where the notorious winged, red-eyed Jersey Devil dwells. He delves into harrowing accounts of cannibalism—some officially documented, others the stuff of speculation . . . perhaps. He visits the dimly lit rooms where séances take place, the European villages where gremlins make mischief, even Key West, Florida, home of a haunted doll named Robert. 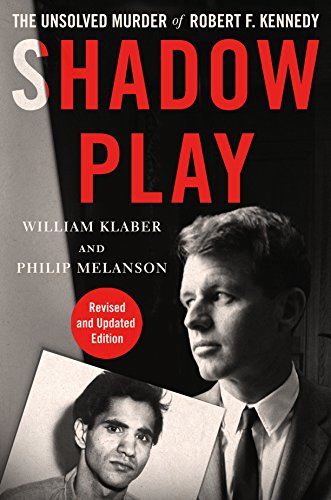 If you listened to the RFK Tapes

On June 4, 1968, just after he had declared victory in the California presidential primary, Robert F. Kennedy was gunned down in the kitchen of the Ambassador Hotel. Captured a few feet away, gun in hand, was a young Palestinian-American named Sirhan Sirhan. The case against Sirhan was declared “open and shut” and the court proceedings against him were billed as “the trial of the century”; American justice at its fairest and most sure. But was it? By careful examination of the police files, hidden for twenty years, William Klaber and Philip Melanson’s Shadow Play explores the chilling significance of altered evidence, ignored witnesses, and coerced testimony. It challenges the official assumptions and conclusions about this most troubling, and perhaps still unsolved, political murder. 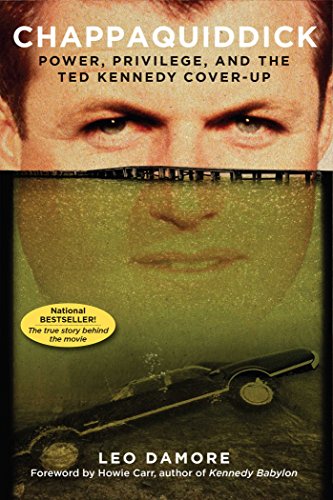 If you listened to Cover-Up

A young woman leaves a party with a wealthy U.S. senator. The next morning her body is discovered in his car at the bottom of a pond. This is the damning true story of the death of campaign strategist Mary Jo Kopechne at Chappaquiddick and of the senator—37-year-old Senator Ted Kennedy—who left her trapped underwater while he returned to his hotel, slept, and made phone calls to associates. It is the story of a powerful, privileged American man who was able to treat a woman’s life as disposable without facing real consequences. And it is the story of a shameful political coverup involving one of the nation’s most well-connected families and its network of lawyers, public relations people, and friends who ensured Ted Kennedy remained a respected member of the Senate for forty more years.

One response to “9 Books with Podcast Tie-Ins”