When I came across the ARC for Stolen Time on Edelweiss, I was immediately intrigued, and when I began looking at Danielle Rollins’ other work, I was sold. I love books with unique settings, especially boarding schools and similar places, and a good split timeline book always compels me, so I can’t wait to dive into these books!

In celebration of Stolen Time, on sale everywhere February 5th, 2019, check out all the books by Danielle Rollins (formerly Vega).

Dorothy spent her life learning the art of the con. But after meeting a stranger and stowing away on his peculiar aircraft, she wakes up in a chilling version of the world she left behind—and for the first time in her life, realizes she’s in way over her head.

If there was ever a girl who was trouble, it was one who snuck on board Ash’s time machine wearing a wedding gown—and the last thing he needs is trouble if he wants to prevent his terrifying visions of the future from coming true.

Tucked away, deep in the woods, Brunesfield Correctional Facility’s cold walls and empty hallways keep dangerous girls away from the world . . . girls like Angela Davis, whose fate was determined by one bad decision. After a few years in juvie, Angela is finally close to her release, but everything changes the day a new warden with dark plans takes over. Angela knows evil when she sees it, and as strange disappearances and frightening incidents happen more and more frequently, it becomes clear that Brunesfield could be the end of them. Angela and her friends must find a way to get out, but how can they save themselves from very place keeping them locked away?

Charlotte has always been content in the shadow of her two best friends at the prestigious Weston Preparatory Institute. Ariel is daring and mysterious. Devon is beautiful and brilliant. Although Charlotte never lived up to the standards of the school–or her demanding mother, Dr. Gruen–her two best friends became the family she never had.

When Ariel and Devon suddenly commit suicide within a month of each other, Charlotte refuses to accept it as a coincidence. But as the clues point to a dangerous secret about Weston Prep, Charlotte is suddenly in over her head. There’s a reason the students of Weston are so exceptional, and the people responsible are willing to kill to protect the truth . . 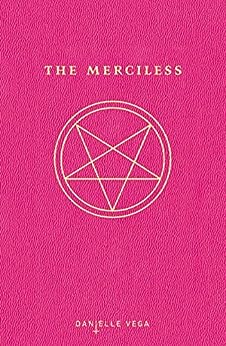 Brooklyn Stevens sits in a pool of her own blood, tied up and gagged. No one outside of these dank basement walls knows she’s here. No one can hear her scream.

Sofia Flores knows she shouldn’t have gotten involved. When she befriended Riley, Grace, and Alexis on her first day at school, she admired them, with their perfect hair and their good-girl ways. They said they wanted to save Brooklyn. They wanted to help her. Sofia didn’t realize they believed Brooklyn was possessed.

Now, Riley and the girls are performing an exorcism on Brooklyn—but their idea of an exorcism is closer to torture than salvation. All Sofia wants is to get out of this house. But there is no way out. Sofia can’t go against the other girls…unless she wants to be next.

By the shockingly twisted end, readers will be faced with the most haunting question of all: Is there evil in all of us?

Just back from rehab, Casey regrets letting her friends Shana, Julie, and Aya talk her into coming to Survive the Night, an all-night, underground rave in a New York City subway tunnel. Surrounded by frightening drugs and menacing strangers, Casey doesn’t think Survive the Night could get any worse…

…until she comes across Julie’s mutilated body in a dank, black subway tunnel, red-eyed rats nibbling at her fingers. Casey thought she was just off with some guy—no one could hear her getting torn apart over the sound of pulsing music. And by the time they get back to the party, everyone is gone.

Desperate for help, Casey and her friends find themselves running through the putrid subway tunnels, searching for a way out. But every manhole is sealed shut, and every noise echoes eerily in the dark, reminding them they’re not alone.

Trapped underground with someone—or something—out to get them, Casey can’t help but listen to Aya’s terrified refrain: “We’re all gonna die down here.”